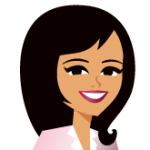 As those of you who follow my blog know, I try to write each day about the lessons I am learning in my life.  Those who know me well know that I also don’t believe in coincidences in life. Rather, I firmly believe that things happen for a reason. So the events of today led me to believe that I should write today’s blog on the subject of cancer.  I know that sounds odd, but I can explain:

I was invited several weeks back to take a seat on the Huntsman Cancer Foundation Executive Council.  I didn’t have to think twice about whether to say yes to the request as I had a Grandmother and an Aunt who both had breast cancer and who have both passed away, which makes the cause of fighting cancer and researching to find a cure for cancer something near and dear to my heart.  For those of you who are not as familiar with the Huntsman Cancer Foundation, it was founded by respected billionaire and philanthropist Jon Huntsman, Sr who lost his mother to cancer when he was young and it has grown to be a world-class premier Cancer Center.  This year alone the institute will provide over 100,000 cancer treatments.  In addition they perform incredibly valuable research that is helping to better treat and hopefully someday eradicate cancer.  Huntsman Cancer is a public charity and relies on the support of corporate donors and individuals to continue to expand their research and treatment centers, and I am honored to be able to help support such a worthy cause that helps so many in the world.  Anyone interested in getting involved can visit www.huntsmancancer.org to learn more.  It’s a great cause!

So, this morning happened to be the very first meeting of the Foundation Council, and here is what I found to be a “not-so-coincidence” – This afternoon it just so happened that I also was scheduled to get my very first mammogram ever, to be screened for breast cancer.  The two appointments were totally unrelated and it was just a crazy coincidence that they both ended up scheduled for the same day. Coincidence? Doubtful.  So I decided the reason must be that I was supposed to write today’s article on the importance of everyone going in for their cancer screenings!

Look, I am going to be open about the fact that I hate, and I don’t often use the word hate, but I hate going to the Doctors.  Nothing against Doctors but I will pretty much do anything to avoid having to go to them.  I can’t stand the waiting rooms, and the paperwork, and the white rolled out tissue paper they make you sit on as you climb on the table of doom, and the little gowns that tie in the front and never cover you up properly, and the big words that go way over our heads but we feel too embarrassed to ask for clarification from the doctor on, and the fact that I am too old to get a lollypop if I act like a good girl during my appointment.  So yeah, I hate the whole experience.  But the fact is that I am now 41 years old and I had never had a mammogram, even though I had been told I should since my 40th birthday.  I avoided it like the plague.  And then something happened.  One day while researching for a talk I had to give I came across the blog of a young woman who was dying of cancer.  As I read her blog I found myself completely sucked into her story and I read her past posts for hours.  She shared how she had just gotten married when she went in for a doctor’s visit and found out she had a mole that had turned to skin cancer.  She shared her frustration that if she would have just gone to the doctor sooner they would have been able to treat it easily, but now it had progressed and was quite serious.  I read of her two years of chemotherapy treatments, medications, nausea, weakness, hair loss, passing out, sadness, and tears.  Then as I caught up to current I came to the final post by her husband letting everyone know that his wife had passed away.  I cried my eyes out.  Literally.  All I could think about was the fact that early detection would have changed everything for her.   Early detection would have allowed her to remain in this life with her sweet husband and family.  I couldn’t stand the thought of being that woman who someday would be writing a blog about “if only I had gone in when I should have”.  I couldn’t do that to myself, my children, or my husband.  As so I scheduled my mammogram.  I dreaded it.  I bemoaned it.  But I did it.  And the truth is that although it wasn’t fun, it wasn’t horrible either, and that hour of my life could potentially save the rest of my life.  So I am proud that I did it and I am committed to doing it every year, along with having my moles checked and every other check for cancer detection.  And I hope that by sharing my experience with you that even just one of you will take my message to heart and go and schedule that appointment you have been avoiding and dreading and putting off.  DO IT!  Don’t let your fear or dread stop you from saving a life – YOURS!

Happy Day Everyone!  Have a fantastic weekend and please take care of yourself.  Get your Doctor’s Checkups!
~Amy