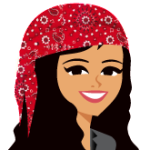 Today’s advice:  Organize your life BEFORE you move!  Oh my goodness how I wish I would have done just that!  I wish I would have had the time to organize my life before I had to move into a new home.  I have lived in my current home for around 15 years and it is absolutely unbelievable the amount of “stuff” a person can accumulate over 15 years.  Let’s just say that today I felt a little bit like I was living in an episode of the TV Show “Hoarders: Buried Alive” and it was staring me as the hoarder.  We are talking stacks and stacks of boxes full of things that had been piling up the last 15 years.  I was unpacking box after box only to turn around and throw the majority of the stuff in the garbage.  It felt like such a waste to have carried the boxes over only to then throw much of the contents away…had I just taken the time to organize myself prior to the move I would have been able to avoid loading a good majority of the boxes at all!  But as typically happens, I would have piles of items I needed to go through over the years and I would think to myself “I will get to that later…”….yeah, well, apparently 15 years later!  Ouch!!!

So after a grueling 15 hours of moving again today I have to tell you that I have finally learned a valuable lesson – Keep your home clean and organized always! Throw things away that are not important to keep! If something is important enough to keep then file it away or organize it in plastic bins and label them so that everything in your house has a place.  If something is worn out, throw it away! Don’t be a hoarder.  Because if you are then one day when you have to move to a new home you will seriously regret it more than you can ever imagine.  So save yourself the pain and suffering by simply getting organized now and then staying organized as you move forward.

It is an amazing feeling to be organized.  As much work as this move is for us I am in awe of how it feels as we are starting to get through the boxes and piles and getting the trash thrown out and finding a proper place for the things that are important to keep.  As each box is unpacked and sorted through and put into its proper place it is like a huge weight coming off my shoulders. I can only imagine how good it will feel when the last box is finally emptied and everything will be in its place….ahhhhh….peace….I can’t wait!

Tomorrow is another long moving day that I am certain will reinforce the lesson of the need to keep an organized home, so learn from my mistake and go clean and organize your homes this week… find a place for everything and put everything in its place!