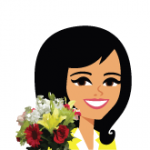 As many of you know, my husband and I are building a new home.  Our architect is a man named Lyle Beecher of the firm Beecher Walker.  Lyle is a phenomenal architect and he and I had worked together in the past when he designed the office space for my former company, so I knew that he was extremely talented.   I also knew that Lyle was a very good man and I have great respect for him, but I have to tell you that the other day, while watching a news special on television, a story came on that brought that respect to an entirely new level.  It’s a story that warrants being shared with all of you as it is truly inspiring:

On November 7, 2008, Lyle Beecher’s mother, 85 years old at the time, was on her way to visit the gravesite of her husband who had previously passed away.   As she went through an intersection a car ran a red light and t-boned her car.   The police arrested the other driver when they found marijuana in his system.  It was discovered that the man had a serious drug problem that had gone on for some time.  When the court date came, Lyle’s family was in the courtroom.  Even though they were feeling tremendous grief and anger toward the man who had killed their mother, when they saw the man’s young family in the courtroom they knew in their hearts that they needed to forgive him.

The man wrote Lyle’s family a letter from jail to let them know how incredibly sorry he was for what he had done.  Lyle and his brother decided to go speak with the man in the jail.  They spent months getting to know the man and his family.  Lyle’s family then asked the courts to release this man so the man’s family would not have to be raised as a fatherless family.  The courts agreed to sentence the man to just one year in prison, which he has now served.

The man who had taken their mother’s life by driving under the influence of drugs, went on to clean up his life and change it completely.  He attributes these changes to the amazing kindness and mercy and forgiveness that he received from the Beecher family.  The two families are close friends today, and the man and his wife have named their newborn baby after Lyle’s mother who passed away.

The story of Lyle and his family’s willingness to forgive someone who had so badly wronged them was one of the greatest examples of charity and love I have seen.  I can’t imagine having to go through what they did.  And to come out of that hurt and loss with love in their hearts, and an ability to forgive this man, sets such an amazing example for all of us to live up to. Not only did they forgive him, but they went the extra mile to become his friend and to befriend his entire family.  That was going well beyond just forgiving…they extended mercy and love on top of the forgiveness.  What an amazing example!

Honestly that story makes me feel so ashamed of the times I have held grudges toward people for hurting my feelings.  After hearing Lyle’s story, how can I, or any of us, feel justified to hold grudges toward someone who wronged us.  He forgave someone who took the life of his beloved mother.  Not many hurts in life would trump the kind of hurt he had to overcome, yet he did it, and he is happier and better for it.  Thank you Lyle for your amazing example that you set for the rest of us…truly inspiring!

Today’s challenge is to forgive those who have hurt you and let any grudges go – then tomorrow’s challenge is to show love and mercy to those who wronged you – bottom line is that this week we should all try to be a little more like Lyle and the rest of the Beecher family!