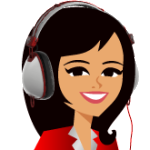 It is rare for me to be so passionate about a movie that I want to tell the entire world that they MUST go and see it – but today that is exactly what I am about to do.  As those following my blog know I am involved with the Sundance Film Festival and have been attending many of the Film Premiers since last Thursday night.  Several have been great, but there was one in particular that I am so passionate about that I want everyone in the world to see it because it is so impactful and so uplifting that I believe every person would benefit from seeing this documentary.

The film is called “Alive Inside: The Story of Music and Memory”.  The documentary, made by filmmaker Rossato-Bennett, follows the quest of one man, social worker Dan Cohen, as he sets out to bring music to the elderly, especially those that are suffering from Alzheimer’s and Dementia.    Dan began to notice that when he would play music for people with Alzheimer’s and Dementia that they would suddenly come to life when hearing their favorite songs.  The impact he noticed was so substantial that he set out on a mission to be able to provide ipods and headphones to nursing homes across the country.  At first he struggled to get people to take notice, until a short video clip was placed online of a patient named Henry.  Henry is about the cutest little man I have ever seen and it is no wonder to me that the video of Henry went quickly viral, receiving millions of views.   Suddenly, people took notice.  People saw the impact this music had on a man who had been completely disconnect from his own life, yet as the music begins to play he comes to life, singing and dancing in his wheelchair.  And it didn’t stop at Henry…as the film shows this same thing happens to patient after patient…the music comes on and they come to life…their eyes sparkle and they begin to move and dance.  One patient in the documentary steps away from her walker for the first time in years and grabs Dan’s hands and begins to dance around the room with him.  It was nothing short of incredible.  I would be surprised if there was a dry eye in the entire theater – not crying tears of sadness, but crying tears of joy as you see the impact this simple act of love of providing ipods with music to these elderly people…such a small act of kindness with such profound results!

Here is the five minute video that went viral and I can promise you it is well worth watching:

As I sat watching the film I couldn’t help but wish I had come across this documentary years ago when my Grandpa Pearson was in a nursing home with Alzheimer’s.  How I wish I would have known that bringing him music to listen to could have impacted his own ability to reconnect with his family again.  My Grandfather was my hero.  He was my rock.  He was the strongest, most intelligent, most spiritual, most amazing man you would ever meet.  And watching him lose his memory was heart wrenching.  He passed away years ago so I cannot take him an ipod with music today. But I can take music to so many other people in rest homes around our country.  I can still get involved and make a difference.  Dan Cohen’s mission is one that all of us should support and help grow.  His foundation is www.musicandmemory.org and if you visit the site it will tell you how you can get involved and help.

Kudos to Sundance Film Festival for premiering this inspiring movie.  This film is a perfect example of how sharing uplifting stories through film can help change the world for the better. Go see it!