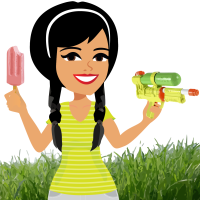 I’ll admit it – I love buying the latest toys out for my grandchild the same way I used to love buying the latest toy out for my own children when they were little kids.  I mean, what parent doesn’t get excited to buy the coolest new toy for their child? Obviously there are lots of parents that do as is evidenced each holiday season when they all storm the toy stores or Walmart trying to get the latest and greatest toy for Christmas before it gets sold out.

But as I handed my grandson his shiny new toy the other day I was quickly reminded of something by the way he threw aside the new toy and instead went straight for the cardboard box, which he played with for much longer than that new toy I had bought him.

That triggered memories of all the times I’d been so excited to give my own kids a new toy that I had scrimped and saved to buy only to have them take fa more interest in the cardboard box that their new toy had come in then they did in the toy itself.

So why do we as parents and grandparents keep spending huge sums of money to buy our kids the latest toy when all our kids really want is a simple cardboard box?!

Have you sat and watched a little kid play with a box? They literally entertain themselves for hours with one. You can almost hear them thinking – What is this box? Can I fit inside of it? Does it taste good? Can I throw it? Can I pull it apart? What else can I do with it? I LOVE THIS BOX!

So why is it they love a cardboard box so much? Because a cardboard box is the ultimate blank slate for a child and their imagination can run absolutely wild with it. A new toy, well it doesn’t require any imagination at all – it already has every bell and whistle imaginable. But their box…their beautiful, simple, empty slate of a box…well that can be anything they can imagine it to be.

We adults could learn a lot from a child’s love of a cardboard box. First of all we obviously need to quit spending money on expensive toys when we can get a box for next to nothing.  But more important, perhaps we ourselves would be happier if we stopped thinking we need to have the latest and greatest adult toys to be happy in our life….the newest iphone, the nicest home, the latest laptop, the fastest car, the fanciest clothes, the most  expensive jewelry..after all, its often far more enjoyable to “imagine what could be” then to actually have it…