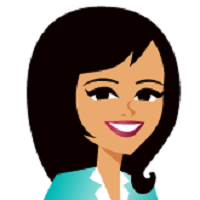 “Be careful with your words. Once they are said, they can only be forgiven, not forgotten.”

Lashing out, saying things in anger, yelling, name calling, demeaning, putting someone down…all of these things create wounds that are far slower to heal than a physical wound and they leave emotional scars behind that never quite go away. That is why it is so important to be mindful of the words we say to people. Our words can be the most powerful tool we have for good or they can be the most powerful tool of destruction. The choice is up to us.

A parable that really paints the picture of the scars words can leave is below:

There once was a little boy who had a bad temper. His father gave him a bag of nails and told him that every time he lost his temper, he must hammer a nail into the back of the fence. The first day the boy had driven 37 nails into the fence. Over the next few weeks, as he learned to control his anger, the number of nails hammered daily gradually dwindled down. He discovered it was easier to hold his temper than to drive those nails into the fence.
Finally the day came when the boy didn’t lose his temper at all. He told his father about it and the father suggested that the boy now pull out one nail for each day that he was able to hold his temper. The days passed and the young boy was finally able to tell his father that all the nails were gone.
The father took his son by the hand and led him to the fence. He said, “You have done well, my son, but look at the holes in the fence. No matter what happens from now on, this fence will never be the same. Saying or doing hurtful things in anger produces the same kind of result. There will always be a scar. It won’t matter how many times you say you’re sorry, or how many years pass, the scar will still be there. Never forget, people are much more valuable than an old fence.”

Be careful with your words. Nothing causes more regret then saying something that hurts another person. Without question, at the end of the day you will never regret being kind!