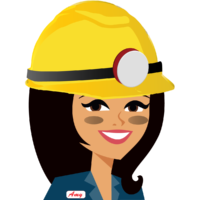 Or another example – we go to do the most routine task and we think to ourselves, “I wonder why no has invented _____ product that would eliminate this task having to be done all together” which we then immediately follow with the thought “well, it must not be possible or it must be a bad idea because if it was a truly great idea then someone much smarter than me would have already invented it”, only to then put it out of our minds.  Whereas, if we would stop thinking that our ideas are not good enough and stop discounting our ability to have a stroke of genius, perhaps we would create the next great invention hat the world could use!

All of us have brilliant minds if we just have the passion to study the problem out, let our ideas flow, don’t discount that your idea might actually be genius (even if it seems obvious and simple!), be willing to take the time to validate your idea as a solution to the problem, and then work your guts out to make your solution a reality!  That is how amazing things come about in this world – Ordinary people put extraordinary effort into solving problems that make this world a better place.