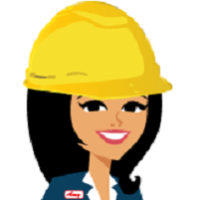 Moving out of our building the last two weeks has been SO much work! Thank heavens for The Other Side Movers! The Other Side Movers is a training school for The Other Side Academy, a non-profit that helps former felons learn how to live productive, successful lives. The ex-convicts in the program are given a place to live while they receive mentoring, peer counseling, leadership training, and learn job skills. They work for their moving company and the revenue generated goes to help fund the program so it can be self-sufficient. I know the the thought of allowing former felons into your home or office to box up and move your things might sound a bit disconcerting – I know that was my first thought when I heard about The Other Side Movers as well – but after meeting David Durocher, a former student of the program who is now the Executive Director, and having him share how the program works and how it changed his life, he was the first person I called when we decided to move our office. And I am SO GLAD that I did because his team of movers are AWESOME!

“Be Humble. Be Hungry. And Always Be The Hardest Worker In The Room.”  – Dwayne “The Rock” Johnson

These movers were the most humble and hard working guys you’ll ever meet. And they were grateful to be doing the work and you could feel as you watched them. They would carefully load furniture into the truck and literally run, not walk, back into the office to get the next item and carefully take it out. They were conscientious and careful and when one of them accidentally cracked a vase holding some fake flowers they immediately brought it to show me and told me what had happened. I was SO impressed with their honesty and I was in awe of their work ethic. I can tell you this – when we buy this building next week and need to get everything we just moved into storage back out to move it to the new office The Other Side Movers will be the first ones I call!

I’ve also have to give a huge shout out to my husband Rollin for always being the hardest working man in the room. He works his tail off and never utters a word of complaint. He is also amazing at engineering things. The man can literally build anything and he’s a genius at problem solving (that’s why our friends refer to him as MacGyver). As part of our move we had to lift and transport our 3,500 pound, solid concrete conference room table that Rollin built for me when we moved in and I could not for the life of me figure out how we were going to do it. But Rollin engineered this metal rolling stand that pivoted in order to lift our massive concrete table and pivot it onto its side so it could be rolled out of the building and onto a trailer for transport. Watching him figure that all out and execute it, and seeing him problem solve on the fly as they moved it was beyond impressive. He 100% gets the award for being the hardest working man in the room.

This afternoon we did our final walkthrough of our office space before handing over our keys…it felt like I was like saying goodbye to an old friend… As I walked through each room I remembered all the work we’d put into renovating the space to make it beautiful….I remembered our open house when we did the ribbon cutting ceremony with the Governor and the giant scissors wouldn’t cut through the ribbon and we all busted up laughing….I remembered the first time they lit up the REES Capital sign on the front of the building and how awesome it looked…I remembered all the fun events we hosted and the meetings we had with so many different entrepreneurs…. There has been so many great memories I’ve had in that office space so saying goodbye to it felt surreal… Whoever ends up leasing it out next is going to get one amazing office space.

As sad as leaving it was I feel good about our decision to move to a building we can own. On that note we are scheduled to close on the building we are buying next week! I can hardly wait to start “Amy-fying” it (as my husband calls it)…which means blinging it out like crazy and making it AWESOME!!!

Here are some great pics of our office space we are leaving behind, the original ribbon cutting ceremony, and moving out this week: