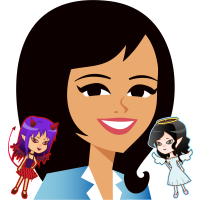 Liz Murray grew up with parents who were both cocaine addicts. Her family ran out of food a few days into each month because her parents spent their welfare checks on feeding their drug addiction instead of feeding her and her sister.  So as young girls she and her sister would go from door to door begging for food. She recalls being so hungry she’d eat cherry flavored chapstick and toothpaste. By age 15 Liz found herself homeless. Her mother died of AIDS when she was 16 and her father was lost to the streets until he too died of AIDS.  Liz had plenty of reasons to feel bitter….

A few days ago I had the opportunity to hear Liz personally share her story.  It was hard to fathom that she had lived through such a brutal childhood and yet here she was, this lovely, composed woman without an ounce of bitterness about her. She had suffered so much neglect as a child, she lost both parents, and she was homeless by the age of 15. She shared how when her mother died there was obviously no money for a funeral so her mother had to be buried in a donated pine box (which had her mother’s misspelled name written on it with a Sharpie) in a public grave. She said leaving that cemetery something inside of her broke…she realized that she had to take control of her life and make a success of herself.

Liz got into High School, putting a friends address on her forms so no one would know she was homeless. She completed school in just two years with the help and encouragement of one particular teacher who she says treated her, for the first time in her life, like a real human being who was capable of accomplishing anything.  Little did that teacher know that during those two years Liz was homeless and living in hallways, stairwells, and parks…

Liz excelled in her schooling and decided to apply to Harvard, but given that she was still homeless there was no money to pay her way when Harvard accepted her. Liz heard about a scholarship the New York Times was offering to needy students who had overcome obstacles in their lives and Liz knew she had done plenty of that so she applied for the scholarship.

When the Times had her come in to meet with them and share her story she recounts how there was a tray of donuts in the waiting area. Starving (still homeless) Liz asked if she could have one. The woman told her she could have all of them as they’d been just sitting there all day uneaten. Liz grabbed the entire plate of donuts and carried it into the interview room with her!  There was a box of tissue sitting on the table in the interview room from other interviewees who had gotten emotional telling about their obstacles they had overcome. Liz grabbed the tissues, not to cry, but to use them to wrap her donuts up so she could take them in her bag.

Liz was awarded the scholarship and her essay was shared in the New York Times. (You can imagine the surprise of that High School teacher who had encouraged her when he learned reading the story that Liz had been homeless this entire time). She went on to go to Harvard and today she is married with two children of her own and working at a non-profit in New York.  Her story has been written in a book and made into a Lifetime movie.

I’m grateful that I was blessed with the opportunity to hear Liz’s story.

Bitter or Better – It’s A Choice!