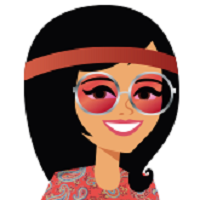 Plans change. Things come up. Stuff happens…that’s just life…and when they do we can either get angry or upset or sad and allow it to ruin our day, or we can decide we are going to go with the flow and make the best of the situation even when its not what we had planned.

I have always been a perfectionist so I tend to plan things out meticulously, slaving over every detail, which in some ways has served me well because when I do something I give it 100% of my effort and I try to knock it out of the park. But there was a downside in that if things went wrong I would allow it to ruin my day and I would hyperfocus on that one thing that didn’t go according to my perfectly laid plans and i would forget to appreciate everything that actually went right.

The older I’ve gotten the more I’ve learned that getting upset and allowing something to ruin your day isn’t worth it. After all, getting upset or being sad rarely makes anything better, just the opposite in fact…it makes everything worse. Life is so much happier when we learn to be flexible and we learn to go with the flow when plans have to change rather than allowing things to bend us out of shape to the point we forget to be grateful for all that is right.

I think the secret to staying flexible is an attitude of gratitude and making the choice to believe that when we have done all we can and plans go awry that there is a very good reason why it needed to happen the way it is happening and that in the end it will turn out better than you could have ever imagined. Be grateful and have faith!

Have an amazing day!