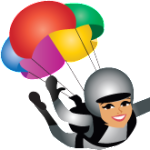 So I tend to be a planner. I like to think through the details and have everything mapped out. For example, when I go on a trip I like to have every little aspect confirmed in advance so I know exactly how I am getting there and where I am going to stay and a list of what I need to pack etc. I have never been the person that can just say let’s get in the car and figure it out along the way.  I always feel like we need to have a plan.

My husband is the exact opposite of me. He is the guy that says lets go on a road trip and he throws a few shirts in a duffle bag and he’s off, without a clue as to where he will stay or what he will do. He has never been that guy to sit down and make a plan.  He enjoys not having a plan and just figuring things out along the way.

(My daughter is just like me and my son is just like my husband. So half of us want a plan and half of us don’t, so you can imagine the fun we have around debating that issue at our house.)

I think that life works out best when you can be somewhere in the middle of those two styles. I think that sometimes you can overthink and over plan to the point it takes all the fun out of it. But I also think you can under plan and under think and end up in a hot mess and that’s not fun at all.

What led me to write this blog was a quote I came across that said:

“If you are planning to be spontaneous, you aren’t doing it right.”

But I think I’m going to disagree with that. At least in households like ours where we all have our differing preferences – I think the best way to compromise is to occasionally plan to be spontaneous. Have certain days or trips dedicated to be spontaneous trips where everyone agrees upfront to fly by the seat of their pants and what happens happens.  Then no one ends up complaining that the day or the trip was a bust due to lack of proper planning (p.s. I would be the one who normally would be doing the complaining so this is mostly a note to self for me 😉  ).