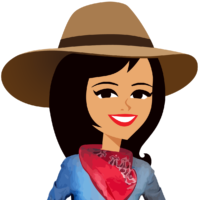 July 24th may be just a regular day for most of the world, but here in Utah it’s a State holiday called Pioneer Day when we celebrate the fact that on July 24, 1847, the Pioneers first arrived to settle the State of Utah.  If you are not familiar with the story of what these Pioneers went through as they traveled nearly 1,300 miles from Illinois, crossing the Mississippi River, and through uncharted territory on foot and pulling handcarts, their story is an incredible one of unbelievable hardship and trials. So many of these amazing Pioneers lost their children, spouses, and siblings on their journey as they traveled through harsh terrain, snowstorms, suffered from starvation, and endured many attacks.

These Pioneers were refugees that made this journey across the United States to escape religious persecution and harassment. Many of their homes were burned and pillaged, they were attacked and beaten by mobs, they were tarred and feathered, and many were shot and killed.  One Governor even issued an extermination order to kill all Mormons in his State which led to men, women, and children being massacred.  It was these terrible acts of hatred had caused these Pioneers to become refugees – first fleeing from Ohio to Missouri, then from Missouri to Illinois, and finally from Illinois to Utah.  It is heartbreaking to think that people could ever have treated others with such hatred.

Over the course of the following years 80,000 plus Mormon refugees made their way across the country to settle the Utah region, burying over 6,000 lives lost along the journey. If you want to see some of the stories played out on the big screen you should watch the movie “17 Miracles”. It does a great job of showing what these pioneers went through. Their stories of courage are truly awesome.

I had relatives that were pioneers who crossed the plains back then as did my husband. He and I both have tremendous gratitude for their bravery in facing unbelievable hardship and challenges without ever losing their faith in God. That example has been a rock in our life that reminds us to stand by our beliefs while enduring to the end with faith.  This Pioneer Day we celebrate and honor them and all of their fellow travelers.