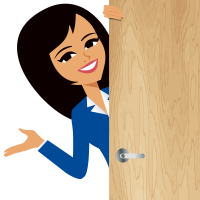 “Destiny is a mysterious thing, sometimes enfolding a miracle in a leaky basket of catastrophe.” – Francisco Goldman

A few days ago I posed a blog about taking control of our lives by first taking control of our thoughts and then figuring out what we can do to improve ourselves in every situation. Today I wanted to follow up with one specific life lesson I learned that has helped me to change my own thinking these past 20 years.

When I was a few years in from starting my very first company, I had negotiated a really big software development deal that was going to give my company the money I needed to take my business to the next level. Once the deal had been verbally agreed to I went ahead and began hiring the developers I would need to do the project. But just before we were set to close the deal everything fell through due to circumstances totally out of our control. It was a huge blow and completely devastating for our young company. It felt like a big leaky basket of catastrophe in that moment…

But it was that deal falling through that led me to scramble to find an even bigger deal that was much better than the first deal. I don’t think I would ever have had the courage to go after the bigger deal if the first deal hadn’t fallen through in such a devastating way at that time…which also proved to me that necessity truly is the mother of invention…

Destiny knew that I was meant to something bigger than I would have ever imagined. But the only way for destiny to help give me the courage to actually get out and do it was to first hand me that leaky basket of catastrophe.

It was through that experience and many more such experiences that have happened over the years that I have since come to recognize that the best ways to control our thoughts during rough times is to remember the words of that opening quote – to remember that things going wrong in our lives are often times Destiny gently (and sometimes not so gently) nudging us toward a far more spectacular path than we ourselves had envisioned…choose to believe in that.

Our happiness is life is a direct result of the way we choose to think about things.