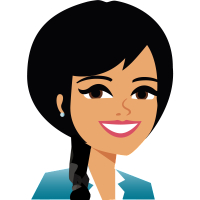 “Every day spent procrastinating is another day spent worry about that thing. Do it now, and move on with your life.”

Normally I would see that quote and think it was awesome, but on a day where you have so much to do you can’t see straight it doesn’t exactly give you the warm fuzzies to read it…which is why today I pretty much hated that quote when I saw it.  But then I stopped and reread it a few times and realized that even though I was feeling as though I was drowning in stuff I had to get done, the lesson taught by the quote is true. You just have to dig in and get it done.

I think the biggest sense of anxiety comes from thinking about all those things you have to get done still.  But when you simply dig in and just start doing them one at a time it takes away your anxiety because you are focusing on doing just that first task until it’s completed, and then you focus on the second task until its completed, and so on. Then the more tasks you focus on and complete, the more you start to feel the burden lifting off your shoulders. And even if you don’t finish absolutely everything you needed to get done, you at least get to the end of your day feeling as if you have accomplished all you possibly could, and that feeling helps you rest easier that night. Then you can wake up the next morning and start working one task at a time until they are done.

My advice is not to think about how much you are dreading doing any particular task – just don’t allow yourself to – because the moment you think about the fact you are dreading a task is the moment you find excuses to push it off and the procrastinating begins…putting it off one day and then another and then another…each day it is put off is another day it will eat away at you that it needs to get done. Simply say to yourself “I am doing this” and then do it so you can move on with your life.

Have an incredibly productive day!