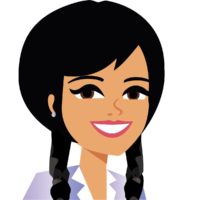 Back in my twenties I was invited on a trip with a group of people that didn’t know each other.  When the group arrived, one of the young men in the group started sharing his thoughts on a controversial political subject, speaking in a manner that assumed everyone else in the group shared his same opinion. As it turned out, not everyone did. Another young man in the group quickly shot back his opposing view and the two of them proceeded to have a very contentious argument that dragged on for so long that the rest of the group finally insisted they either drop it or take the argument elsewhere.

The next morning the young man who had made the controversial comments approached me to tell me how badly he felt for causing so much contention with this other man and making the group uncomfortable. I let him know I appreciated his apology and then gave him the feedback that while everyone respects his right to have his opinions it would be wise to first get to know his audience before saying things that might offend someone. He responded that he was going to do better at being mindful of that going forward.

Later on that evening the group was sitting around a campfire talking and telling jokes. That same young man began telling a joke stating, “So these two guys walk into a strip club….” Suddenly he stopped mid-sentence and said, “Wait… before I tell the rest of my joke, does anyone here have a sister named Bambi?”   I burst out laughing…

Every time someone in my family is in the process of saying something without getting to know their audience we remind each other of that one important question –  “Does anyone here have a sister named Bambi?”