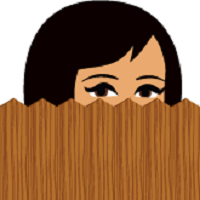 Does Your Family Have A Zombie Plan?  (The following blog is from my son Dalton who wanted to share this important message with all of you since he felt I had not adequately been addressing this subject in prior blog posts…):

News just broke out that the zombie apocalypse has started. What are you going to do to survive?

If you don’t already have a thorough plan, or at least a pretty good idea, then you’ve probably already been infected at this point and have joined the hoard of the undead.

While the scenario might be fictitious—and I emphasize might—the truth is many people haven’t placed any stock into a plan for any emergency. That’s a problem! Especially as we consider the amount of natural disasters that occur globally each year (330 in 2017). Fact is, if you haven’t faced an emergency situation in your life yet, you probably will in the near future.

The key to surviving any emergency situation is to have a plan. One problem I’ve found in trying to prepare for “actual” disasters is that the process can feel boring and kind of grim. That’s why I decided to create a “Zombie Plan” instead. I recommend this for two reasons:

1. A good and legitimate Zombie Plan will help you survive any emergency;

Creating a Zombie Plan will help you take a serious look at how you would handle an emergency situation, and what you will need in order to survive with confidence. It also gets the creative-survival juices flowing, such as how you will communicate with loved ones and reunite, or how you would prepare and obtain food if the emergency lasted for an extended period. These are situations that we should all be prepared for in any actual emergency, like an earthquake, hurricane, fire, flood, etc.

University of Leicester physics students calculated that after 100 days of a Zombie apocalypse, only 300 people would remain alive globally. I wonder if that number would change if more of us would have a well-constructed Zombie Plan.

Half of the issue during an emergency is that people spend time trying to figure out how to respond to the new situations they’ve never planned for. I experienced this phenomenon a few weeks ago when a power line broke near my in-laws house, and then a small fire started burning from the top of the pole. I had never seen or experienced a situation like that, however, because of my detailed Zombie Plan, I remained calm and the proper channels were contacted to resolve the situation. I’ve been in other situations where I was a bystander to an emergency situation, and watched as others went into a complete panic trying to come up with an attack plan, and let me tell you, those people are not on my Zombie team. They’ll probably get eaten in the first wave unfortunately—

The important principle here is: have a plan. Having a plan helps you and your family get on the same page. It helps create peace-of-mind when something does happen, and it removes a lot of the “what-ifs.” It doesn’t have to be a Zombie Plan—although it’s cooler if it is.