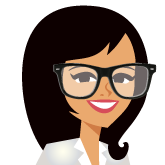 Today I flew to Atlanta in order to speak tomorrow at a conference for the National Ethics Directors Summit being held for University Ethics Directors from across the country.  When I was asked to come and speak at this Summit I went to great lengths to move my schedule around so I could make it work to come because I feel strongly there is no topic more valuable toward helping others learn to excel in life than that of having ethics and integrity.

Over the years I’ve had countless times when I’ve needed to be able to make clear choices in difficult circumstances; I’ve had many times when I’ve needed to be willing to stand up for what is right even when it meant I was going to have to stand alone; and I’ve had several times where I’ve had to have the courage to go up against people I came to learn were doing unethical things.  Without having had people in my life that had taught me the importance of ethics and integrity I wouldn’t have understood their importance as I do, so I have profound gratitude and a desire to support those who teach those same values to others.

Experience has also shown me that while some people intentionally set out to do unethical and dishonest things, those people are the minority.  What happens far more often is people who began with the intention of being good and honest slowly start telling a little lie here and a little lie there, cutting a small corner or two, skirting some requirements, etc – because it provides some immediate benefit (such as avoiding being in trouble, getting out of something they didn’t want to do, sidestepping a conversation they didn’t want to have, shifting blame, and so on…).  At first that person experiences a twinge of guilt for wrong choices and they go into defensive mode…after all, guilt is a very disconcerting feeling…so they begin an internal dialogue to rationalize their wrong choice until they satisfactorily convince themselves that the end justified their wrong means. Over time as this practice continues they become more skilled at this art of self-deception until they can quite easily convince themselves that not only are they doing no wrong, but they are actually in the right.  The result is that their lies grow bigger and their unethical behavior escalates.  It’s heartbreaking to watch people go down that path. It’s even more heartbreaking to see the damage unethical people do to their places of work, their families, their communities, and beyond, and I want to do all I can to help combat that.

I want people to know that while what they may see on the surface is those who are doing dishonest and unethical things getting away with it – many even getting ahead for it gaining in power, position, and/or wealth – the reality is what these unethical people lose is of far greater value than anything they gain – they lose self-respect, they lose the respect of others, they lose inner peace, they lose their relationship with God, they lose the ability to have meaningful and lasting relationships with others, and they lose the opportunity to have the fulfillment that can only come from living with integrity.