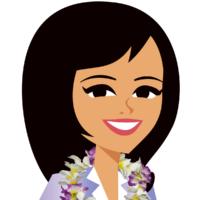 In 1861, the same year the Civil War began, Henry Wadsworth Longfellow lost his wife when she was melting wax to preserve a few locks of her daughter’s hair in an envelope and her dress caught on fire. Henry tried to extinguish the flames with a rug and when that didn’t work he used his own body to put out the flames. Despite his efforts he was unable to save her and she passed away the next day. Longfellow’s face and hands had been burned so badly trying to save her that he was unable to attend his wife’s funeral. He grew a beard after that to hide how disfigured his face was.

The Christmas following her death Longfellow wrote in his journal how unbelievably hard the holidays were for him and that his grief was so overwhelming that he worried he would need to enter an asylum. He wrote that he prayed that God would give him peace.

Then in 1863 Longfellow again received difficult news when he learned that his 17 year old son Charley had run away from home to enlist in the Army against his wishes. On December 1st of that same year, Henry got word that his son Charley had been shot a few days prior in battle and the bullet had clipped his spine. Doctors said there was a chance his son was never going to walk again.

Wanting to pull out of the despair Henry felt that Christmas, he sat down and wrote the poem “Christmas Bells”. The words of that poem were set to music some ten years later and became what we all know today as the well-known Christmas Carol “I Heard The Bells on Christmas Day”.

I’ve always loved that Christmas Carol, but having heard the story behind the song today makes me love it so much more. And it gives me tremendous respect for Longfellow that through all the unbelievable hardships in his life he kept his faith in God as is seen in the final verse of his poem:

Then pealed the bells more loud and deep;
“God is not dead; nor doth he sleep!
The Wrong shall fail,
The Right prevail,
With peace on earth, good-will to men!”

When life if hard, don’t lose faith, cling to it. “God is not dead; nor doth he sleep!” and faith WILL see you through…