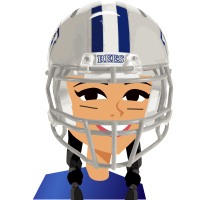 We all wish we could have certainty life because it takes the fear out of things if we already know what is going to happen. But last night I was reminded that knowing the ending also takes that excitement and anticipation that comes from not knowing.

As much as we think we want to know the way things are going to end up, last night I was reminded that there is a downside to knowing how it will end – it kinda ruins the excitement of taking the journey!

Yesterday we weren’t able to watch the Superbowl live because we had an extended family gathering that we needed to attend. So instead we recorded the game on our DVR and when we returned from our gathering 8 of us sat down together to watch the recording of the football game. While we were in the middle of watching the game it happened…my husband got an alert on his cell phone that told him which team had just won the Superbowl. Then 3 more of the group had alerts on their cell phones telling them who won.  The remaining four of us who weren’t checking our cellphones yelled out ”Don’t tell us who won! We don’t want to know!!!”  We didn’t want to know the ending – we wanted the joy of anticipation that comes from not knowing which team was actually going to win. We wanted to feel that excitement that came from wondering how each pass was going to go and whether the team we rooted for was going to get a touchdown or not in their next play.

Watching the four people who’d found out early which team would win suddenly became bored watching the game.  They no longer go to experience that thrill of the anticipation with us. They already knew how things were going to end up and it killed their enjoyment of the journey through the game.

I thought a lot about how that situation applied to our lives. We all long for certainty, yet it is the element of uncertainty that makes life so exciting. Perhaps we should embrace the uncertainty of life a little bit more!

Have an exciting day everyone!