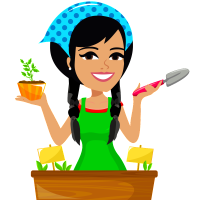 “For a seed to achieve its greatest expression, it must come completely undone. The shell cracks, its insides come out and everything changes. To someone who doesn’t understand growth, it would look like complete destruction.” ―Cynthia Occelli

When I look back at the last few years it is amazing to me to see some of the drastic changes that have taken place in my life. My two children both left home to go to college, then they both served missions out of state for our church, they both got married and one of them even became a father himself, making me a Glam-ma for the first time. My husband and I became empty-nesters, which was both heartbreaking and joyful. There was the heartache of not having my children living at home with me anymore and that role of motherhood changing, and there was the joy of rediscovering life with just me and my husband. But there is also much work that’s required after years of rearing children where that relationship with your spouse too often took a backseat to the kids. In addition, now that you aren’t actively raising kids anymore you also have to figure out who you are again. So much of our life has been about them that we often haven’t even considered that question in a very long time. All these things have caused these last few years to be a time of rediscovering my relationship with my husband and rediscovering my relationship with myself.

With all of those changes the last few years I have felt the sentiments expressed in the opening quote. I have seen my life go through major transition and have felt the pains of the shell cracking to allow it to become something completely new – I have experienced growth in ways I could never have imagined possible and as that growth has occurred I have experienced the peace that comes from gaining wisdom and maturity in life. I’ve been able to get through hard times that allowed me to come out on the other side to find a deeper level of joy then I would have ever imagined possible.

When things in life feel their hardest just recognize that while it sometimes looks and even feels like complete destruction, its really just your seed becoming something far more beautiful than you’ve yet been able to imagine…so hang in there…you ARE going to get through it. And you will be better and happier for it in the end.