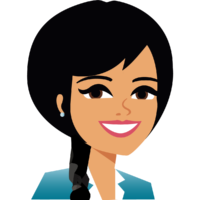 I’m still struggling today to find words to express the sadness I feel about what’s happening around the world right now. I was reading back through things I’d written today and came across something I wrote on the 13th anniversary of September 11th 2001 about hatred. It reads:

“Holding on to anger is like drinking poison and expecting the other person to die.” – Buddha

As I thought today about the past events that took place on September 11th I couldn’t help but think about the amount of anger and hatred those people had that committed such horrible acts so many years ago today.  That day should serve as a lesson to all of us regarding how toxic anger can truly be and the importance of not allowing ourselves to let anger into our hearts.  Anger changes people. It corrodes their souls.  And left unchanged it eventually turns to hatred.  And hatred…well hatred destroys the person who carries it.

“Anger is an acid that can do more harm to the vessel in which it is stored than to anything on which it is poured.”  – Mark Twain

Stopping feelings of anger or letting go of feelings of anger isn’t always easy.  When someone hurts us, or wrongs us, or threatens us, it is a natural reaction to instantly feel anger.  But it’s learning to recognize the anger, control the anger, and let the anger go that matters, and those are skills we all need to master to have a happy life.

Controlling our thoughts is the best way to control our anger.  In those moments we have to force ourselves to think logically about things.  We have to recognize that what is manifesting itself as anger is most likely actual feelings of hurt or disappointment or frustration.  It feels safer to be angry than it does to be hurt. Anger feels powerful and hurt feels vulnerable, so its easy to see why so many people choose to default to feeling angry.  Being vulnerable is admitting that you could be hurt even more than you already are and no one enjoys that.

…When it comes to relationships we have to stop thinking “I hate this person” and change our thoughts to “I don’t agree with this person, or I am hurt by this person, but for my own sake I am going to forgive them and move forward.”

“Anyone can hold a grudge, but it takes a person with character to forgive. You release yourself from a painful burden. Forgiveness doesn’t mean that what happened was OK.”

Imagine how much better things would be if all of us controlled our anger and never let it grow into hate.  Hate is such an ugly word.  The world would be a much nicer place if that word was no longer a part of it.  I think it would be an awesome tribute in honor of all those who lost their lives as a result of hatred on September 11th, 2001 or any other day, if we all committed to make more of an effort to recognize our anger, control our anger, and let our anger go.