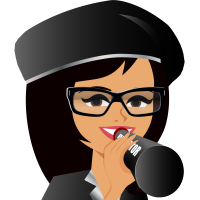 Earlier this year I met a filmmaker named Dan Hayes. Dan’s group was filming at an event where I had been asked to answer a few questions for a video being made of business leaders and entrepreneurs.  I did my quick interview and then had a few minutes to chat with Dan and found out he was a filmmaker that was involved in shooting some really amazing stories. At the time I remembered thinking I really wanted to check out some of his work, but as is often the case, life got busy and I didn’t get time to seek it out.

Then earlier today as I was in a meeting where a video was shown showcasing some amazing philanthropic stories and innovative ideas people had implemented. I leaned over to one of the people running the meeting and asked who created the video –sure enough it was Dan Hayes. The gentlemen shared with me that Dan Hayes and his team had co-founded Freethink Media (www.freethink.com) so they could use video to tell the incredible stories of innovators who are actively taking on some of humanity’s biggest challenges and solving them because they were willing to think differently! They share not only what these innovators are doing, but also why they are doing it and what is it that keeps them motivated to keep moving forward through every obstacles they face.
After hearing that of course I had to check out their website out as soon as I had a break in my meetings and here is what I found:

Introducing Freethink
The world is changing. Fast. And it’s changing because people are changing it. People with new ideas and new perspectives. People who aren’t satisfied with the status quo and aren’t afraid to think differently.

We’re reimagining media for a generation that’s changing the world. Join us.

After that intro I had to see more!  As I read through their website and watched a few of the videos they’ve created I was so inspired by them.  Then I saw that they posted their reason for sharing these stories: “We hope that after you watch these stories, you’ll come away with insights and inspiration you can use to make a difference in your own way.”   My response to Dan and team at Freethink:  Mission accomplished! Fantastic work!!

Take time to watch some of the amazing stories they share. #worthit