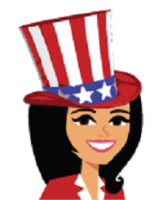 Can you imagine what it would be like to go back in time and be there when the Founding Fathers were developing the U.S. Constitution?  How amazing would that be!  Unfortunately, Elon Musk hasn’t yet tackled time travel (although if anyone had the brain power to figure that out it would probably be him!).  But almost as good as going back in time to be present in the room with those Founding Fathers as they were having their discussions and debates in that Constitutional Convention of 1787 that wrote the Constitution of the United States is the exciting new platform that was launched by Utah Valley University in partnership with Oxford University in an announcement just last week.

The project is called the Quill Project ( www.thequillproject.net ) and its been three years in the making. The Quill Project is a website that gives researchers, students, anyone at all the ability to access all of the notes, journals, and document drafts  laid out in a graphical user interface that lays them out in context of the timelines, the debates, the discussions, and the negotiations that ultimately led to the creation of the U.S. Constitution. More than 3,000 documents were gathered and abstracted into the platform in such a way that users can easily access and view in meaningful ways such as by timeline, by group activities, by topics, or even by full documents.  It’s a way to really get into the minds of the Founding Fathers and all those who were a part of the process that led to the creation of the U.S. Constitution.

The Quill project is an exciting collaboration tool for researchers and students to use to easily compare different versions of documents and allows researchers to add their own commentary to those documents. And the Constitution project is just the beginning.  The platform allows for conducting contextual study of any negotiated texts and I can only imagine all the historical projects that could be analyzed in this platform. It’s super exciting!  A short video demonstrating the platform and its resources can be viewed at www.quillproject.net/getting_started/

It’s so exciting to really get a sense of the thoughts and discussion that went into the creation of the U.S. Constitution, a truly inspired document.  And what better time to launch it to the world then as we celebrate President’s Day!

We must cherish the Constitution “For it is a main pillar in the edifice of your real independence, the support of your tranquility at home, your peace abroad; of your safety; of your prosperity; of that very liberty, which you so highly prize.” – George Washington

I hope you’ve all had a wonderful holiday weekend, and although the prospect of going back to work again this week probably isn’t the most exciting thought you’ve had today, here’s hoping your week ahead will still be fabulous!