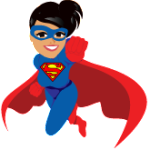 In the two years since I sold my company I have taken on several things I have never done before…things I wasn’t sure I was capable of doing. But because of my many years as an entrepreneur I had learned that I should never assume I am not capable of something until I first give it a try, because time after time in the past I was able to do things I never thought would be possible and they worked out great.  Often times even better than I ever would have thought. And having the experiences of learning that has made me more willing to take on new things that seem either down right difficult or impossible to do, and each time I have I have found that even though they ended up being incredibly hard and often times painful, I was still able to accomplish the things I set out to accomplish.

I truly believe that so much of success in life comes from trying something and seeing if it works…it’s taking that leap of faith and putting your heart into it to try and make it happen…and magically, it often does!  Taking on hard things…really hard things…things that scare us and intimidate us…that is the trick, because when you take on really hard things it forces you to step up your game, to rise to the occasion.  It forces you to step outside of your comfort zone and find out who you really are.  It allows you to get a glimpse of what you are actually capable of and I believe what you are capable of is ALWAYS much more than you would have expected.

I love the following poem by Edgar Albert Guest

It Couldn’t Be Done

Somebody said that it couldn’t be done

But he with a chuckle replied

That “maybe it couldn’t,” but he would be one

Who wouldn’t say so till he’d tried.

So he buckled right in with the trace of a grin

On his face. If he worried he hid it.

That couldn’t be done, and he did it!

Somebody scoffed: “Oh, you’ll never do that;

At least no one ever has done it;”

And the first thing we knew he’d begun it.

With a lift of his chin and a bit of a grin,

Without any doubting or quiddit,

That couldn’t be done, and he did it.

There are thousands to tell you it cannot be done,

There are thousands to prophesy failure,

There are thousands to point out to you one by one,

The dangers that wait to assail you.

But just buckle in with a bit of a grin,

Just take off your coat and go to it;

Just start in to sing as you tackle the thing

That “cannot be done,” and you’ll do it.

This weekend when you have a few moments alone sit and come up with one thing that you really want to do but you fear it is either far too difficult or even impossible. Write it on your mirror in your bathroom or on a sign on your wall.  Then Monday morning start it.  Start down the path toward making it happen.  No excuses, no fears, no “but”s, no listening to others who tell you it can’t be done.   Just take of your coat and GO TO IT!

Have a great weekend everyone!