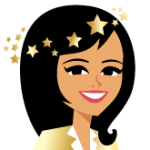 This past weekend I was able to go with my husband and our daughter to Disney in Los Angeles to see the World Premier of the movie The Lone Ranger starring Johnny Depp as Tonto and Armie Hammer as the Lone Ranger.  For those who are not aware, a good majority of the film was shot here in Utah and the scenery in the film is unbelievable!  It’s as if Utah became the other star of the movie with its amazing backdrops in Moab, Utah and Monument Valley and several other national landmarks here in Utah.  It truly showcased Utah beauty in the film. Disney even had a cool green screen setup for the VIPs on the red carpet that would take your photo and show you standing above the Utah landscape in the background. 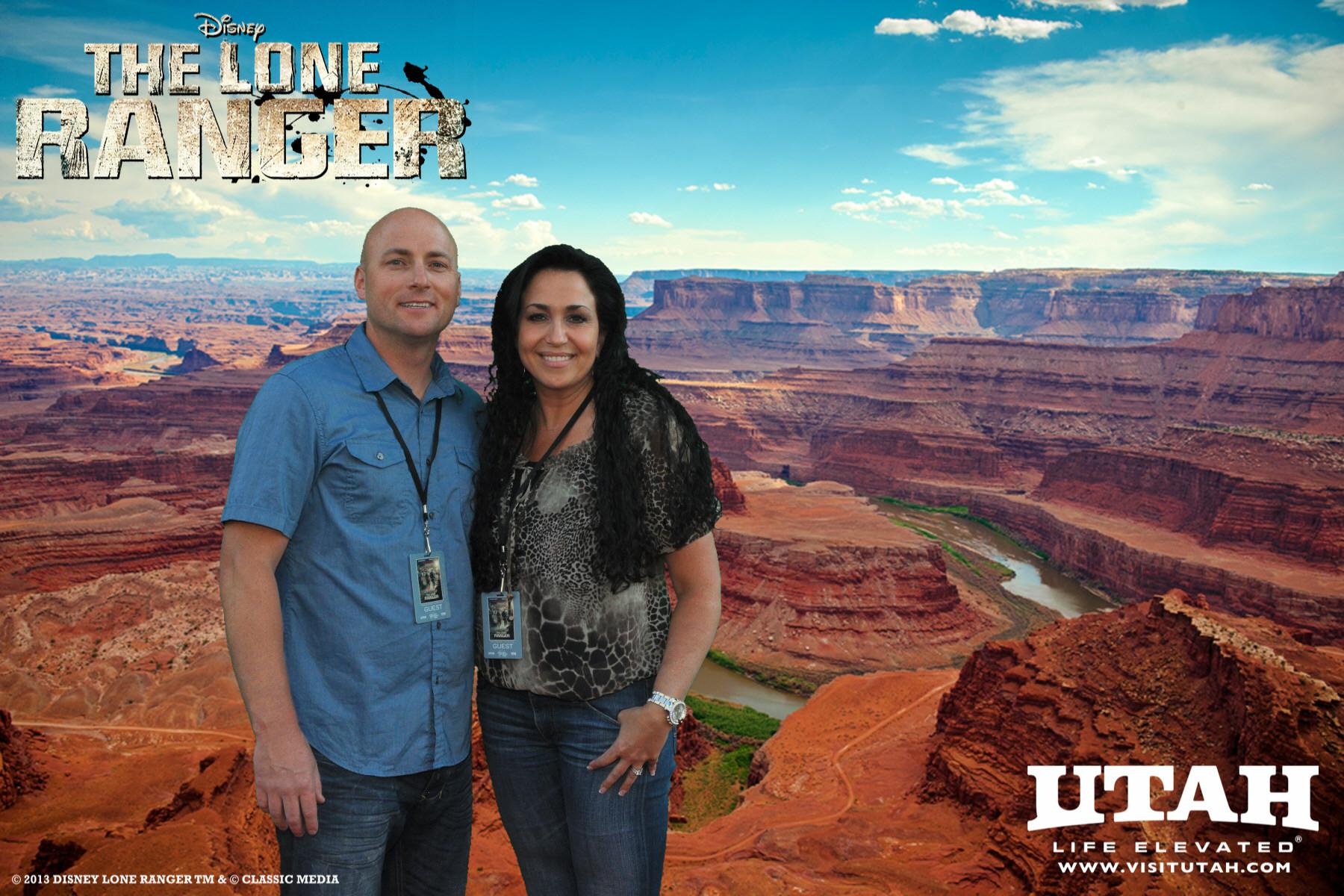 As we walked down the red carpet for the premier it was amazing to see the thousands of people that had literally camped out waiting for the stars to come through. 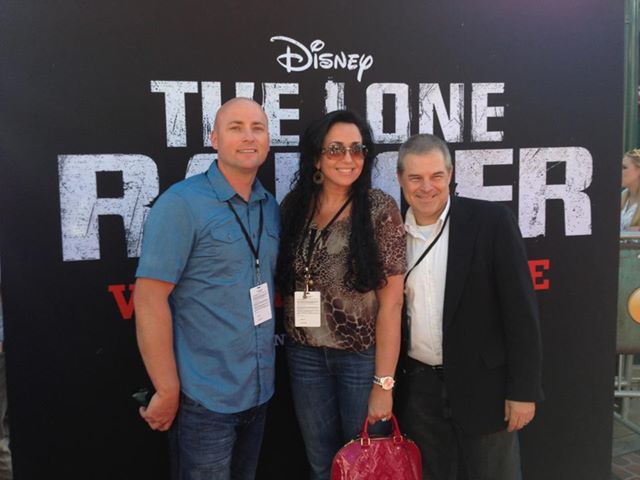 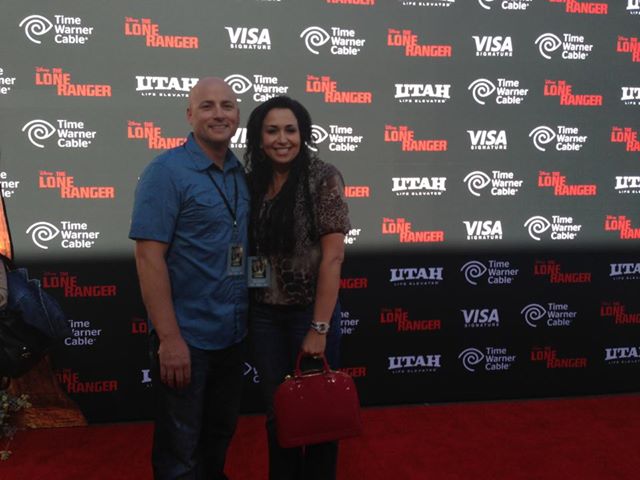 As my husband and I walked down the red carpet we saw our daughter out in the massive crowd where she had climbed up a lamp post to wave at us.  When we saw her I stepped over to the metal bars separating us on the red carpet from the crowd and I asked the crowed if they would part enough to let my daughter through so she could give me a hug.  The crowd was unbelievably sweet about it and they parted and helped her to squeeze past everyone until she was at the very front and able to give me a hug and take a photo with me. 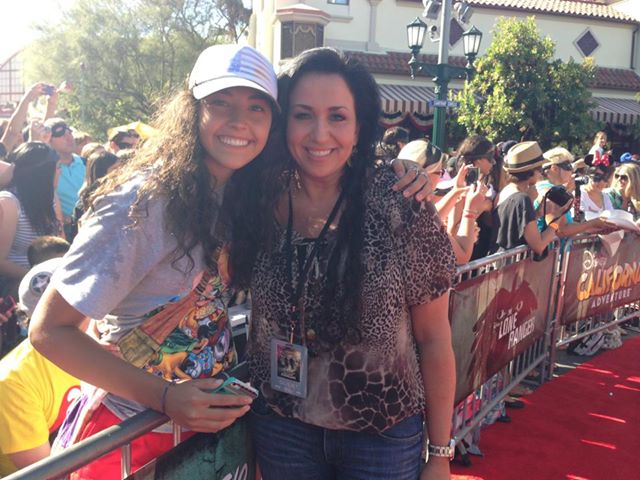 Then after I gave her a hug and I continued to walk past where she was standing to join the VIP cocktail party that was being held before the film.  Governor Gary Herbert, the governor of Utah and his darling wife were there as well as several others representing the State of Utah for this big film premier that showcases our state. 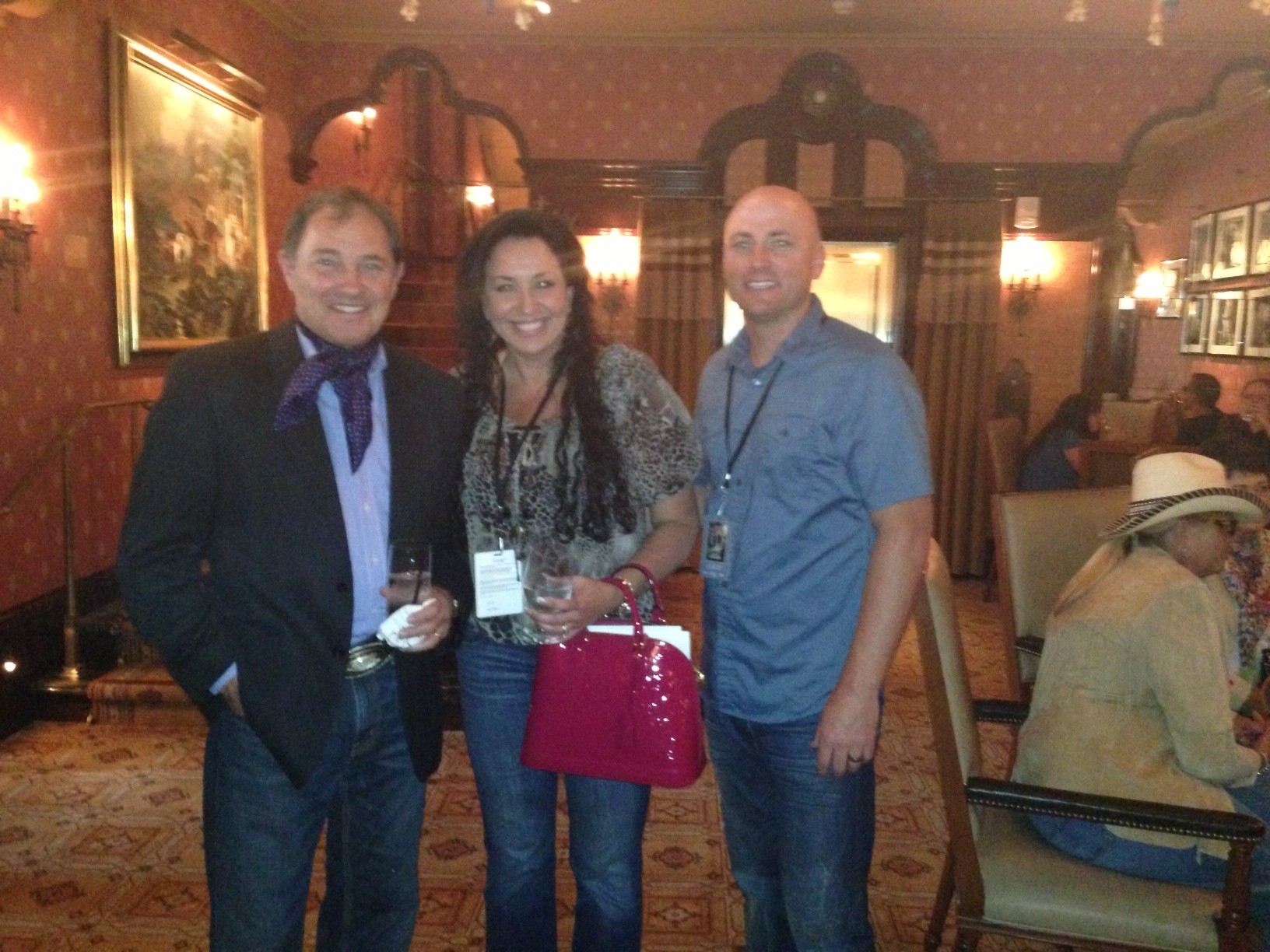 A few minutes later Johnny Depp came down the carpet and with my daughter still at the bars she was able to get his attention and ask him to autograph her cell phone case for her and let her take his photo.  He was gracious enough to do that for her.  I am amazed that she managed to get his attention in that huge crowd of people and she was feeling incredibly lucky to have had that happen.  And yes ladies, he is as good looking in person as he is in his films:

The movie was fantastic and a definite must see flick for summer.  Johnny Depp was spectacular in the movie as he always is and he played the part of Tonto brilliantly.  The film has tons of action, loads of laughter, and a little pinch of romance. I will say that there is one particular violent scene that may be too much for young kids with it being a western movie full of shoot em up scenes.  But adults will love it for sure.

I personally loved the movie itself, but my favorite part of the entire weekend was seeing how excited my daughter was when she got to meet Johnny Depp and that she was able to get his autograph and photo.  As a mom its nice to once in a while be the “cool mom” with your kids.  That doesn’t happen all that often at our house, but this weekend I was definitely the “cool mom” in her eyes and that made the weekend for me!

It’s going to be a fantastic week ahead this week – I can just feel it.  We have a great holiday coming up next week with the 4th of July and the sun is shining and there is an exciting new movie hitting the theaters on July 3rd called The Lone Ranger – what more could you ask for in life :).

Have a great Monday everyone!
~Amy