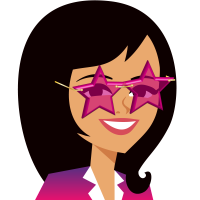 For a long time I have wanted to get T-shirts printed up that say W.U.B.A. on them to remind everyone to “Wake Up, Be Awesome”.   I think W.U.B.A. is the perfect mantra to guide our days because we all want to wake up and we should all decide each morning to BE AWESOME that day!

To Be Awesome it takes work…hard work…and lots of it. I have never accomplished anything awesome without putting in a ton of work to get it there. But when you commit to putting in the hard work it will take, and you give 110% percent of yourself as you are doing the work, doing things in the right way and doing them for the right reasons, and you surround yourself with great people that share your common values…guaranteed, you will BE AWESOME!

Years ago I came across an article that was co-written by 168 people on wikiHow.com that gave great advice on “How To Be Awesome”. Here are excerpts:

“Being awesome, quite literally, means to elicit awe. Awe is not something people express much these days. So to be truly awesome, you must find a way to inspire this rare reaction.

Steps to Be Awesome
1. Develop a talent. Whatever your talent is, pursue it relentlessly. People who become “awesome” at what they do invest time into getting there. In fact, it’s been said that in order to become great at something, you need to spend 1,000 hours practicing.

2. Show off your talent.You could be the most amazing dancer or writer in the world, but you won’t inspire awe in people if people never see your talent.

3. Be funny. Most people like someone who can make them smile and laugh.

4. Be adventurous! Explore interesting things, be daring and not afraid to stand up to mean people!

5. Be stylish.Develop a style and have a trade-mark accessory by which everyone will recognize you are as soon as they see that accessory.

6. Have a personality and don’t do anything that would be a turn-off. Be nice, kind, friendly, funny, and somewhat charming (both inside and out). People don’t like a mean, selfish, unfriendly, boring person.

7. Unlock your inner awesome. The most awesome people aren’t even aware of their awesomeness. They just are. The awesomeness must come from a place within you. You can never force it out.

*Do not do stupid things. Being awesome doesn’t necessarily mean that you have to do something dangerous.
*Do not try to become someone you are not, because while you might gain others admiration, you might lose self-respect which is worse. But, you can start doing new things or changing interests.
*Don’t go around bragging about how awesome you are. If you’re already awesome enough, people will see it.
*Don’t give out many free things to other people, or else people will only think you’re awesome because you give them stuff. Not true awesomeness.

Tips for Being Awesome

*Be nice to everybody.
*Don’t ask for more than you give.
*Don’t be a jerk since no one likes a jerk.
*Remember, some people will say they hate you but they’re just jealous!
*Be for the sake of being, not for the sake of others’ seeing. In other words, be awesome because YOU want to, not because you feel you have to seem awesome to others.
*Awesomeness will come from inside you. You probably don’t know it’s there. But it is inside everyone, it’s just waiting for you to open that door and set it free. You rock this world, so show them whose boss! “————————————————————————–end of article