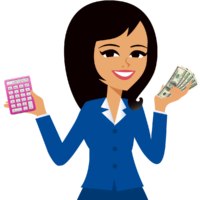 Donors worked incredibly hard to get to a position where they are now able to give back so the donor has a deep appreciation for each dollar they are now looking to give away.  Donors are also getting endless streams of requests for donations from all kinds of organizations, so they are faced with picking and choosing which are best to donate to.

Second donors look at the people the organization is helping – but here again, there are hundreds of organizations out there trying to help those very same people- so the group of people the charity will help alone isn’t enough.

Third donors look at where they can put their dollars to make the biggest impact. They worked hard for their money so they want every dollar to make a big difference. Organizations need to show they are being accountable for every dollar spent so they can maximize its impact.

Fourth donors want to support organizations that have demonstrated integrity. That is demonstrated by honoring donor intent. Organizations that make promises to get money but then do what they want with it end up damaging their ability to raise funds in a major way because people with means often run in similar circles and donors are quick to share bad experiences with their peers causing future donors to steer clear.

Those four things are all must have’s to a donor, but once those boxes have been checked off the key is for the organization to differentiate itself from all the other vetted organizations that are still in the running. Here are three suggestions:

Big donors want Organizations that are willing to gain their trust over time. The biggest donors will likely take the longest time to gain their trust because they’ve all been used for their means at one point or another and they are looking for those who are willing to earn their trust as opposed to feeling entitled to it. Raising big dollars takes a long term approach to building good relations with the donor.  And keep in mind that what appears to be a small gift today can quickly become a much bigger gift if proper donation appreciation is shown.

In addition, once you’ve won one donor over they will be the best resource for helping bring in other good donors because when that donor says you can be trusted their word to their friends will carry its weight in gold. And because their friends trust that donor’s judgement it will make your job fundraising a million times easier. However, its imperative to respect the trust your donor is placing in you by referring their friends – that’s a sacred trust and should be treated as such.

Finally, organizations that offer an ability for donors to come together with other like-minded donors who share their same passion for helping will always rise to the top. Because the only thing better than helping others is to help others alongside a group of people you love and respect.