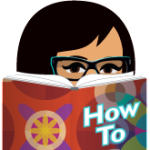 A few years ago there was a show on TV called Lie To Me.  It was a show about a human lie detector who used people’s words, expressions, and micro-expressions to detect lies.  I was in love with the show because it was fascinating to me to learn how you could detect lies in people’s responses. Especially as a CEO of a big company who had to interview new people to hire all the time, I felt it would be a helpful skill for me to try and gain.  So I began taking notes from the show and then checking them on the internet and I compiled a list of possible signs someone is lying.  The list came from all kinds of sources and unfortunately I didn’t sit and list all of them as I made the list because I was making it for my own personal usage.  But I know much of it came from the study of the man the TV show was based on, Dr. Paul Ekman, a renowned expert on the subject.  I recently found out that Dr. Ekman even offers training classes on how to become a human lie detector, which is awesome!

If you get time to check out www.paulekman.com website you can also learn about how to read people through microexpressions that people make with their face that help you interpret emotions such as:

At the end of the day all of this helps you learn to read other people better which can be valuable in business and in personal life.  And it is all entertaining to boot!

I wish you all a great day – and that’s the TRUTH!