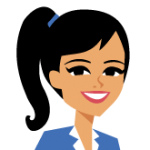 Last week when I was in Idaho I was able to visit my husband’s Aunt Iris. Aunt Iris is 96 years old. She is one month shy of her 97th birthday. Iris has lived a truly amazing life. She has done everything from being a Rosie the Riveter during World War II, to becoming a pilot and flying small planes, to being put on the cover of Life Magazine in 1957 for being the top woman in business. Iris is a painter and an amazing sculptor. And at nearly 97 years old she still has her driver’s license because the DMV was forced to give it to her when she got nearly a perfect score on her driver’s test, missing only one of the questions which she contends she got right and the instructor got wrong 🙂 . Yes Iris is a force to be reckoned with. And she is, without a doubt, one of my heroes!

Iris has spent her life using every talent and ability that God has given her. She never shy’s away from a challenge and she has no fear whatsoever. While she was in her 80’s she climbed up on her roof to clean out her gutters. When the ladder fell down she stood up on her roof waving at people driving by to help her but they didn’t understand her predicament and simply waved back and kept driving. Finally Iris decided it was time to take action herself. She looked at the different angles she could jump from and determined that if she jumped just right she could break her fall with the fence nearby. And sure enough off she jumped and as planned she used the fence to cushion her fall. Yep, that is Iris.

When we pulled up to visit her last week she was out in the front yard using a walker because she had broken her leg the month before but she walked on it for an entire week before she decided to see the doctor thinking it was only a sprain so the healing process of her break has been a slow one. Iris was in the front yard with the walker bending down to try and transplant flowers in her flowerbeds by herself. We jumped out of the car and immediately insisted she let us help. Her determination is incredible.

As I sat talking with Iris she showed me the extensive work she has been doing on her family history and genealogy. As we talked she shared that she doesn’t want to die until she finishes doing her family history work for her family. Again, she is giving every ounce of service she can right up until she takes her last breath.   That is why Iris is one of my heroes. I hope that when my life is done I too will let the Lord know I was really here and that I really lived!

Here is a photo of Aunt Iris on Life Magazine: 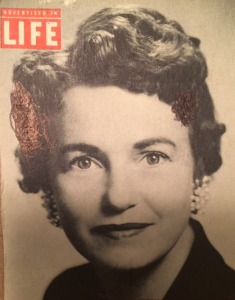