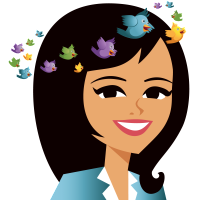 “If anyone ever tells you your dreams are silly, just remember here’s a millionaire walking around who invented the pool noodle.”  – unknown

That quote makes me happy because it’s a great reminder to everyone who makes fun of someone else’s dream that they might want to think twice before making fun…you never know what will become the next hot thing…I mean let’s just take the Fidget Spinners as an example – when I first heard about them I was honestly thinking, “Dumbest thing ever…” until suddenly I saw them being sold everywhere I went and I saw people playing with them all over town and I thought “Clearly brilliant…” because that little spinner is making millions!

Back in 2013 I wrote a Forbes article titled, “There Is No Such Thing As A Dumb Idea” (article can be read by clicking this link:  https://www.forbes.com/sites/amyanderson/2013/05/10/there-is-no-such-thing-as-a-dumb-idea/  And clearly when I had the original negative thought about the spinners I had forgotten my own advice…it’s not so silly if it causes someone to pull out their wallet and pay for it, so before you kill your own dreams from ever getting off the ground out of fear that someone will think they are silly, go and ask a lot of people for feedback and write down all the feedback you get so you can see if perhaps they lead you to refining that dream to something even better!

Remember what Victor Hugo once said, “There is nothing like a dream to create the future.”

Have your dreams and let them be silly. Then refine them, build on them, and allow them to grow bigger and better and ever more fabulous…your Pool Noodle awaits   🙂