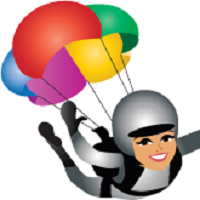 She knew she was dying when she wrote the note which read:  “Regrets? I have a few. Too much worrying about finding the right husband and having children, being on time, being late and so on. It didn’t matter. It all works out, and it would have worked out without the worries and the tears.  If I would have known then what I know now. But I did, and so do you. We’re all going to die. Stop worrying and start loving and living.”

It was those words written by her coworkers wife along with watching how overworked, stressed out, and unhappy her boss was that inspired Linda Ellis to write the following poem, which went on to inspire so many, called The Dash:

He noted that first came the date of birth then spoke the following date with tears,
But he said what mattered most of all was the dash between those years.

For that dash represents all the time they spent alive on earth
And now only those who loved them know what that little line is worth.

For it matters not how much we own; the cars…the house…the cash.
What matters is how we live and love and how we spend our dash.

So think about this long and hard:  Are there things you’d like to change?
For you never know how much time is left that still can be rearranged.

To be less quick to anger, and show appreciation more
And love the people in our lives like we’ve never loved before.

If we treat each other with respect, and more often wear a smile…
Remembering that this special dash might only last a little while.

So, when your eulogy is being read with your life’s actions to rehash,
Would you be proud of the things they say about how you lived your dash?

I love that poem, but what I thought about even more “than the poem today was the ending of those words written by the coworkers wife that helped inspired it : “If I would have known then what I know now. But I did, and so do you. We’re all going to die. Stop worrying and start loving and living.”

We’ve all known from birth that we’ll only get to be on this earth for a limited period of time, so we have no excuse if we take this time we’ve been given for granted. Let’s not have to find out we’re dying before we figure out we should STOP WORRYING AND START LOVING AND LIVING..let’s do those things now!