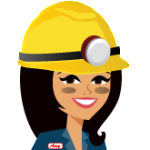 “If it feels like work you are doing it wrong.” – unknown

Today I must be doing it wrong because it has definitely felt like work. Those feelings reminded me of an article I once read that was written by Jenna Goudreau for Forbes called Seven Steps To Happiness At Work, she shares seven tips from a Positive Psychology Expert named Shawn Achor who wrote a book called The Happiness Advantage. Jenna shares Achor’s seven tips as follows (quoted from her article):

1. Start Believing
“I define happiness as the joy we feel striving after our potential,” says Achor. “It’s not pure pleasure, and I don’t want people to be irrationally optimistic.” In other words, you can’t fool yourself into happiness by denying reality. However, study after study shows that positivity fuels success, says Achor. Positive employees outperform negative employees in terms of productivity, sales, energy levels, turnover rates and healthcare costs by as much as 30%. In fact, research shows that happy employees are better paid, enjoy more job security and are less likely to quit or burn out. Some easy ways to jumpstart positivity are daily meditations, more frequent exercise, planning something to look forward to and spending money on fun outings rather than on stuff.

2. Think Again
“We think work is the opposite of happiness,” Achor says. Instead, he suggests workers reframe the way they think about their jobs. Studies show that people who view work as less of a “job,” which is a chore and takes away from their free time, and more as a “career” or “calling” are exponentially more likely to feel fulfilled. These same people also invest more time in their work and are usually more successful. Achor suggests that you rethink each of your daily tasks. If you are a health professional, for example, and paperwork usually drains your energy, consider the purpose of the task. If you think of it as documenting the progress of a patient and making it easier for other health professionals to step in later, then it becomes easier to view your actions as contributing to a greater good.

3. Practice Positivity
Psychologists discovered “the Tetris Effect” after studying people who played the video game Tetris almost nonstop. The players began to see the same shapes and colors of the game even after it had been turned off. Now the term refers to any activity that begins to shadow a person”s thoughts, and Achor believes a negative Tetris Effect is experienced by most workers. Because many are hired just to find and solve problems, they begin scanning everything for a flaw. It overflows into their lives outside of work and the more they look for the negative, says Achor, they miss the positive. However, he suggests that workers can create happiness by using the Tetris Effect to their advantage. Once they begin practicing positivity, it becomes the default pattern. He advises jotting down three things you are grateful for each day or daily journaling about a positive experience. Soon, scanning for the positive rather than the negative will become second nature.

4. Use Failure To Fuel Success
When Achor lectured about positive psychology at financial firm UBS, he noticed that they had been teaching their employees that stress is bad, which only increased their stress further. People who are in stress too often become immobilized by it or wallow further into negativity, he says. However, if workers begin conceiving of failures, mistakes, setbacks and stress as an opportunity to learn and grow, they are in a much better position to pull themselves out of the conflict. First, try to avoid playing the blame game. Consider your own actions and what you could do differently in the future. Feeling in control of your life will boost feelings of happiness. Use failure to fuel success, says Achor, adding that Coca-Cola investor meetings begin with the telling of its successes and failures, each considered equally.

5. Focus On Small Goals
If your goal is to get to the corner office, consider the small steps over time that will lead to your destination. Achor advises that you begin with manageable goals that you are confident you can accomplish. Then keep pushing the bar further and further. When setting goals, Achor says to begin by articulating your current situation, defining the emotions that you feel and pinpointing the aspects of your job that are under your control. Once you understand what can be changed, map out how to make those changes little by little. Creating and accomplishing small goals will increase your confidence and feelings of control.

6. Use The 20-Second Rule
“When people try to create lasting changes, their most common mistake is relying on willpower”, Achor says. He once had a woman tell him that she’d tried 18 different diets and none of them worked. “But she didn’t really try any of them,” he says now. He advises clients to make positive habits 20 seconds easier to start and bad habits more difficult. If you want to eat better, for example, put all of the “bad foods” on a high shelf and the “good foods” at eye level and arm’s length. Eliminate as many barriers to your good habits as possible. If you want to exercise in the morning, sleep with your gym clothes on and put your shoes at the edge of the bed. Then, practice the change for 21 days in a row in order to make it a true habit.

7. Seek Social Support
Workers stunt their own happiness in two ways. They put off happiness until they reach their next goal”be it turning in a big project or receiving a raise or promotion. (Once they accomplish the original goal, however, they just create a new goal and perpetually put happiness on hold.) And secondly, workers often feel they will become successful by working themselves to death alone in their offices. Neither of these works, according to Achor, because investing in the people around us and our own happiness is the best predictor of career success. Begin by changing your own attitude. Brighten and say hello when you see people in the hallway and elevator. Make an effort to recognize the contributions of members of your team every single day. And when work is particularly stressful, spend more time with family and friends rather than less.

I thought these were great tips that we could all use to help us grow in our HAPPINESS QUOTIENT each day :).  If it feels like work then I am doing it wrong.  It should feel like an adventure, like a challenge in creativity to figure out smarter ways to get more done in a more effective and efficient way.  It should feel like each day is the chance to make new friends, to impact someone else’s life for the better, to make our own lives better.  It is all in the way we approach it and the way we think about our day in our own heads.

Approach the day with the goal of creating happiness.

HAVE A HAPPY DAY!
~Amy