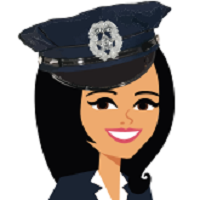 Monday evening my husband and I were privileged to get to hear former Dallas Chief of Police, David Brown speak. He spoke to us about a specific event that took place during his tenure as Police Chief back on July 7, 2016, when 5 of his police officers were shot and killed by a sniper at the end of a Black Lives Matter protest.  It was the biggest loss of police officers in an incident since 9/11, and hearing him recount the details of that day made my heart sick.

In his talk he took us back in time to share that when he was 11 years old a judge had ordered desegregation with how alone he felt as a black young man in the sixth grade being bused to attend an all-white school after a judge had ordered desegregation. At the age of 11 having no one speak to him at school for over three months was brutal. Then one day a “little white kid” named Mike Shillingburg, one of the popular kids in the school, invited David to come home with him for dinner…and that invite for dinner changed his life forever. He said sitting there at Mike’s dinner table eating pot pies with Mike’s family completely transformed his view of race. From that day on he and Mike became best friends and the two of them remain friends to this day.

That kindness shown to Brown by Shillingburg was something Brown himself later paid forward starting his freshman year of college when he boarded a bus heading to the University of Texas at Austin. He walked down the aisle of the bus and chose to sit down next to a “white kid” named Lance. Brown learned that Lance had come from Missouri where he too had grown up poor. Brown said he could tell Lance was hungry and he joked that his first instinct was to hide his sack of fried-chicken his grandmother had packed for him, which he did at first, but after a little while he decided to pull out his food and he offered to share it with Lance. The two boys bonded on that bus ride as they shared stories of similar upbringings, but once the bus reached campus they went their separate ways and never saw each other again.

Following the July 2016 Police Officer killings, letters came pouring into the police station expressing condolences to the families of the fallen officers (along with millions of dollars in donations to the families). One of those letters was from that same young man Lance who had ridden the bus to the University all those years ago with Brown. In the letter Lance stated, “My views of blacks changed because of how you treated me.”  Brown said he didn’t start crying but his allergies started acting up something fierce. Lance when on to say he’d always wondered what made Brown choose to sit down next to him that day.  Brown shared that the reason why was simple, it was because when he was 11 years old Mike Shillinburg had forever changed his view of race by being kind and by inviting him home to dinner.

Former Chief Brown ended his talk by sharing “As complex as the problems seem in this country, as divided as it may be, we CAN be reconciled through serving one another and by sacrificing for one another.” He reminded us that our democracy is at its best when we serve.  His closing words were incredibly powerful:  “Invite someone home for dinner.”