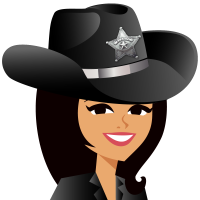 I recently have been dealing with a situation where I became aware that someone has been doing things under false pretenses in an attempt to get personal gain. When I brought these activities to light to those in authority to rectify the situation the person in charge seemed resistant to confront it. He agreed that what this other person had done was wrong, but he seemed to care more about avoiding confrontation then acting with Integrity. He decided it would be easier to try and manipulate others into handling the situation for him so he could avoid being seen as the ‘bad guy’ with this other person, even though handling it was his duty… It was disappointing to say the least. It is never fun to have thought you could respect someone and then learn that’s not the case.

Then today I spent several hours in a conversation with this same person as he tried to tell me that I shouldn’t interpret the false statements that had been intentionally made by this other person as “lies”. That was his way of justifying his own lack wilingness to do the right thing.  Ironically the very definition of the word “lie” is “an intentionally false statement”….so, yeah….next he tried to talk down to me as if I just wasn’t intelligent enough to grasp his explanations…When I let him know that his justifications weren’t deterring me from standing up for what I knew to be right, he decided to resort to making threats that it would become uncomfortable for other people I cared about if I was to bring the truth to light. I let him know that the people I care about would WANT me to do the right thing – that is WHY I care about them – Because they are people with Integrity! So he could threaten all he wanted but it wouldn’t change what the right thing to do is and it wouldn’t change my willingness to do just that, because right is right, and wrong is wrong, and no matter what else he was trying to call it or how he was trying to justify it, it is what it is.  It is clear that  he doesn’t understand the concept of Integrity. If he did he would understand that a person of integrity doesn’t do situational ethics.

As I shared in a Forbes article I wrote called “Success will come and go, but integrity is forever” (excerpt of article below):

…Integrity means doing the right thing at all times and in all circumstances, whether or not anyone is watching. It takes having the courage to do the right thing, no matter what the consequences will be. Building a reputation of integrity takes years, but it takes only a second to lose, so never allow yourself to ever do anything that would damage your integrity.

It may seem like people can gain power quickly and easily if they are willing to cut corners and act without the constraints of morality. Dishonesty may provide instant gratification in the moment but it will never last. I can think of several examples of people without integrity who are successful and who win without ever getting caught, which creates a false perception of the path to success that one should follow. After all, each person in the examples above could have gained the result they wanted in the moment, but unfortunately, that momentary result comes at an incredibly high price with far reaching consequences.  That person has lost their ability to be trusted as a person of integrity, which is the most valuable quality anyone can have in their life. Profit in dollars or power is temporary, but profit in a network of people who trust you as a person of integrity is forever.

A word of advice to those who are striving for a reputation of integrity: Avoid those who are not trustworthy. Do not do business with them. Do not associate with them. Do not make excuses for them.  Do not allow yourself to get enticed into believing that “while they may be dishonest with others, they would never be dishonest with me.” If someone is dishonest in any aspect of his life you can be guaranteed that he will be dishonest in many aspects of his life. You cannot dismiss even those little acts of dishonesty, such as the person who takes two newspapers from the stand when they paid for only one. After all, if a person cannot be trusted in the simplest matters of honesty then how can they possibly be trusted to uphold lengthy and complex business contracts?

It is important to realize that others pay attention to those you have chosen to associate with, and they will inevitably judge your character by the character of your friends. Why is that?  It is best explained by a quote my father often says when he is reminding me to be careful of the company I am keeping:  “When you lie down with dogs you get fleas.” Inevitably we become more and more like the people we surround ourselves with day to day. If we surround ourselves with people who are dishonest and willing to cut corners to get ahead, then we’ll surely find ourselves following a pattern of first enduring their behavior, then accepting their behavior, and finally adopting their behavior. If you want to build a reputation as a person of integrity then surround yourself with people of integrity.   (end of excerpt of article. Click here to view the entire article)

Thank heavens for those people of integrity in my life who ARE willing to stand up for what’s right and do the right thing and who support me when I do the same. And thank heavens for being able to recognize when someone doesn’t have integrity and being wise enough to remove them from your life…because nobody in their right mind wants those fleas….

Have a great weekend everyone! And NEVER be afraid of doing the RIGHT THING!