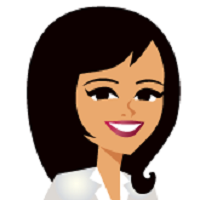 At the end of last week I was invited by my friend Spencer Eccles to attend an Economic Conference out at Stanford University with a small group going out together. It was a fantastic event and I was so grateful I was able to attend it because I learned a tremendous amount and I met some amazing people. When I told my husband, Rollin, the day before that I was going to California for the conference he decided he would drive up to Idaho to visit his parents and help them do some fixup on a home they purchased along the Snake River. When Rollin was still driving up Thursday evening his mother called to tell him that his father (who is 83) had taken a wave runner out on the river and was now stuck somewhere on a sandbar and needed help. And to make things worse his father had dropped his phone in the water so he was only able to make the one mayday call to his wife and then the phone died so they had no way to communicate with him or find out his location. All they knew was that he was a few miles out (either up or down river). He was stuck out on the freezing cold river in March at the age of 83 and it was getting dark fast. Rollin arrived at their home and immediately began searching for a neighbor who might have a boat. Remember this was a home they just purchased so they don’t know any of the neighbors yet. He found a man who was nice enough to get his boat out to take Rollin to look for his father. They spent two hours looking for him to no avail. At this point it was very dark and incredibly cold and Rollin knew it was time to call in Search and Rescue to help find his dad. He made the call for their troops to start assembling. Rollin updated his mom on what was happening. Five minutes later, in walked his father… wet, freezing cold, and covered in mud. His father had waited for several hours on the sandbar and finally he got tired of waiting for help so he decided to jump into the river and swim all the way across it to get to the shore where he then walked until he came to a house and he knocked on the door. He was shaking so hard all he could do was mutter “I need help”. They drove him home and when he walked in the door the first thing he said in true Grandpa Anderson fashion was “What was taking you so long to come and get me?!” The Sheriff gave Grandpa a lecture about how dangerous it was to go out alone in the cold and about not having his phone in a waterproof bag and search and rescue teams were called off.

When Rollin called me to tell me everything that had happened all I could think about was what a blessing it was that my husband was there to help his mother that night! Had I not gotten invited to that conference at Stanford my husband never would have decided to drive up to Idaho that night and he wouldn’t have been there to help. What a blessing that things worked out the way they did.

Sometimes the seemingly normal things happening are actually small miracles at play and we don’t even realize it until they happen. That’s why its so important not to take things for granted. Even the little everyday situations and opportunities could be something much larger than you realize, so don’t dismiss them or think of them as small. They all matter. And when you look back you may very well be shocked at just how much.

Have a blessed day everyone!