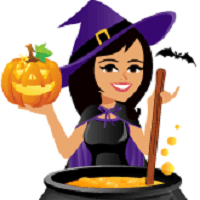 August 13th of this year marked the ten year anniversary of me writing a daily blog and hitting that ten year mark was the goal I had set for myself.  For ten long years I have literally written a blog five days a week, every single week, without missing a single day (other than National Holidays).   That adds up to be around 2,600 blogs I’ve written since I started which has taken me more than 6,000  hours of time I’ve spent writing those blogs.  To put that into perspective, there are 2080 full-time working hours in a year (40 hours a week times 52 weeks a year), so I’ve basically written blogs full-time for three years during the last ten years while also working full-time running and selling my healthcare technology company MediConnect Global, and launching and running my angel investment firm REES Capital, and establishing my family’s charitable foundation (the IPOP Foundation), and was writing and publishing my first book “What AWESOME Looks Like: How To Excel in Business & Life”, and while serving on the boards of over a dozen different University, Government, and Community organizations. The hours and hours I’ve put into my blog probably sound like its been a curse in my life, and the nights I’m up at 2am finishing a blog my husband would probably say it is.

But the truth is my blog has been a blessing in my life, not a curse. While I started it as a way to communicate with just my employees about things I was learning as their CEO, it quickly became more than that. It became my daily motivation to have to look for the positive in each hard thing I went through because I knew I’d have to share those lessons in my next day’s blog.  The blog wouldn’t allow me to wallow in self-pity for longer than a day because by nighttime I had to figure out a positive way to look at what I was going through. Writing my blog became a major source of strength for me.  It has also become a way I could fulfill my heart’s desire of using the hard things I’ve gone through to help others learn how to excel in their own lives. It’s blessed my life and I hope its blessed others lives as well.

Once I hit the goal making it to the ten year mark of a daily blog I struggled with the decision as to whether to keep going with it or not.  It’s such a big part of my life that I can’t imagine life without writing a daily blog, and at the same time I know that in order to discover other ways I might help others learn how to excel I’ll need to scale back blogging each day. So what I’ve decided to do is scale the frequency of my weekly blogs down from five days to four this week, then from four days to three days the weeks following that.

I have to admit I’m a bit terrified I’ll face serious withdrawals if I’m not blogging daily – it gives me shakes just thinking about it – but I’ll also admit I’m excited about it as well because I can still share what I learn even if I have to do it in less posts per week, but now I’ll be able to start working on other more scalable ways I can help others learn how to excel – and that will be AWESOME!

Have a great rest of your week everyone! And Happy Halloween this weekend!! Stay safe and eat loads of candy – Candy Corn is the best!!! 🙂