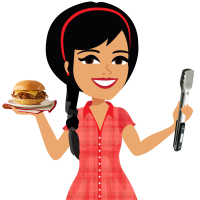 Today you guys are in for a treat because the post you are about to read was written by my 24 year old son Dalton Anderson about an amazing interaction he had with McDonald’s that was so awesome it just had to be shared:

“A month ago I received some of the greatest news the year 2017 could possibly provide. McDonald’s brought back its chicken tenders! Now it wasn’t the original Chicken Selects, but a new innovative twist, the Buttermilk Chicken Tenders. I was overjoyed. I mean the single greatest culinary masterpiece created in the history of this planet, which had been savagely removed from the Mickey-D’s menu, was now back and better than ever, with eight dipping sauces! Truly, Providence was shining down upon me and the beautiful inhabitants of this Earth. In my jubilation, I knew I had to share the great news with my loved ones and the greater public. I took to Twitter, finding a McDonald’s post and retweeting it. I added my own caption, sharing with my wife that we wouldn’t be cooking dinner, but dinner would be provided by the Golden Arches. I didn’t really think anything of it after I posted. I was doing it more as a joke for my wife and my nine Twitter followers.

But then something happened. I got a reply to my tweet from @MCD_MidSouth, the MidSouth McDonald’s Twitter handle. I never get replies, so that was the first shock, but the greater shock was that McDonald’s was actually interacting with a random customer. The reply was a witty comment about how dinner was on them, so come on in and try the new tenders. I liked the comment, and then left it. I told my friends I was now a hotshot cause McDonald’s noticed me, but my fame lasted for two seconds and it was over. Still, I felt pretty special, and had warm fuzzies about ol’ Ronald. Later that night as I was driving home from work, my wife called in near tears. Our beloved baby cub had been acting fussy all day, and she had no time to cook dinner. “Get whatever you want and bring it home,” she said. “We’re gonna try the new tenders,” I replied. The line in the drive-thru was both chaos and beauty, painted on a grand canvas which taught the first principle of economics: supply and demand. Clearly those tenders were HOT! I wasn’t even upset that I had to wait 10 minutes in line, and no one else seemed to be agitated either. That’s when I knew these tenders provided the best gift of all, love for your fellow man. Here I was connected with a bunch of strangers, all waiting in line for some delicious chicken.

I digress. While waiting, I was reminded of the tweet I had sent earlier in the day. I took a picture of the drive-thru line, and replied to McDonald’s earlier reply, letting them know that it looked like dinner really was on them. A day-or-so passed, and I received another reply from @MCD_MidSouth. They said they wanted to send me something in the mail, so they asked if they could get my address. Now, I’ve watched a lot of movies where the innocent “chicken-loving” soul gets tricked into receiving a package of poison, so I was hesitant. Luckily, I had a safe mailing address, so I passed it on, wondering what they’d possibly send. A couple of weeks passed and nothing arrived in the mail. I figured I’d been duped. I let it slip from my mind, thinking that maybe it was a joke and no one from McDonald’s was sending me anything.
Then today I received a blue envelope. Inside was a letter, from MidSouth McDonald’s!!! My heart was a flutter, my pulse raced, hands trembled. I opened the letter to read a note with my name on it. It wasn’t very long, but it was personal. They thanked me for the love I showed on Twitter, and wanted to thank me with a $25 gift card. They made a joke that dinner really was on them this time. My whole day was made. I felt like a million bucks. All I had done was sent a tweet out, not intending to get noticed, but someone running MidSouth McDonald’s Twitter account took a few seconds out of their day to reply, to interact with a customer, and then go beyond that to send me a note and a gift card. I’m sure to that employee, and to the McDonald’s organization, a $25 gift card and a short note wasn’t that big of a deal. I mean have you read the sign? “Billions of burgers sold”! I doubt they’ll be affected by giving me a few meals. But to me, that meant everything. It’s not about the gift card and the free food, or even the letter that was personalized and didn’t have to be. It could’ve been a copy/paste note they send to anyone. It was the small effort of someone who I’ll never know, but represents that organization, which has earned my loyalty for as long as I live. I’ll never forget that kindness, that small effort. And you better believe I’ll share this story every time I’m with a group of people who want to hear an incredible epic of true customer service.

Sometimes it feels like the only way to make a difference is to do something grand, or donate a ton of money, or be famous and have a public platform to speak your mind and be heard. And while those things do make a difference, the biggest difference made is the personal ones in your own life. The time someone you didn’t know gave you a compliment, or offered you a small service that helped your day be brighter. Those matter more because those are your stories. So why not be the stranger in someone else’s story? Because while I’ll probably never meet the person who represented a segment of the McDonald’s organization, I’ll forever tell the tale of how they brightened my day and changed my life.

To all the strangers who make small differences in day-to-day life, I want to say thank you. Your story will forever be told.”