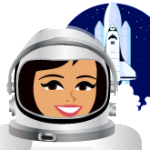 “Never tell a young person that anything cannot be done. God may have been waiting centuries for someone ignorant enough of the impossible to do that very thing.” – G. M. Trevelyan

So many things in life can either feel impossible or appear impossible.  Our immediate reaction to something difficult is often to tell ourselves “that’s impossible”, or “it can’t be done”.  Often times we have that reaction before we even stop to consider if, in fact, there is a possible way to accomplish it.

Perhaps it easier to tell ourselves it’s impossible because it gives us an easy out – a way to save face with others around us because there is no shame in not attempting that which is impossible to do…right??  And so we stop ourselves from even trying….

“Start by doing what’s necessary; then do what’s possible; and suddenly you are doing the impossible.” – Francis of Assisi

Very little in life is as fulfilling as the moment when you accomplish that which appeared to be impossible.

And in that moment of accomplishment you literally feel like you are on top of the world!  You have shown yourself and the world that it could be done.  Sure it might have been hard, and sure it might have seemed scary going into it, but most worthwhile things do.  It is exhilarating!

“It’s kind of fun to do the impossible.” – Walt Disney

Have an AMAZING day!