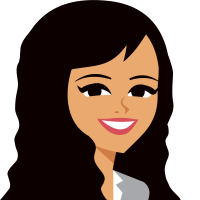 Communicating in relationships (whether at work, at home, or with friends) isn’t easy…in fact it takes a lot more effort to communicate with the other person then it does to avoid communicating, because communicating takes WO-ORK!  Yet what may have appeared easier (avoiding communicating) in the moment, will prove to have made your life far more difficult the further you get down the road. And it will amaze you how much MORE work it will take to fix a relationship later, than the work it would have taken to communicate with each other at the time.

The problem is this – when we aren’t communicating with someone we are assuming, and we have all heard the adage of what assuming makes out of you and me…and let’s just say it ain’t pretty… Assumptions are the result of a lack of communication, and the lack of communication with its resulting assumptions end up being the number one killer of relationships – killing relationships in marriage, in the workplace, amongst friends, and in families.

The reason we have to communicate is that we have all lived different lives, so naturally we all tend to have our own way of looking at things because we perceive things through the lens of what we have experienced in our lives to this point. In addition, we often have different views on how things ought to be, again stemming from the different environments we were raised in, the beliefs we hold sacred, our unique perspectives, and our differing life experiences.  And it is due to all of those things that the only way we can truly understand other people is to be willing to take the time to truly listen to them with the desire to really understand where they are coming from and how they feel.

Communication in relationships isn’t about saying “I’m right and you’re wrong” or vice versa. Communicating is about both listening to the other person’s point of view in order to understand how they feel and what their perspective was, and also be willing to share your own point of view in hopes of having them understand how you felt and what your perspective was…all of which being done with the intent of trying to better understand each other, the desire to gain knowledge of how to each improve the way you treat one another going forward, and the goal of growing in your appreciation for one another.

Don’t let assumptions determine your relationships…(remember that never ends pretty).  Take the time to communicate with the other person openly and honestly, always doing so with respect. Even if the other person involved isn’t willing to do their part, always do yours, because at least then you can be at peace knowing you did all you could to do it the right way. And truth be told, the chances are that if you are willing to take the first step of lowering your walls and communicating, then the other person will end up doing the same…