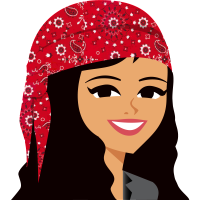 Many years ago back when I was single I had gone on a trip with a group of people. Within this group there were many people who didn’t know each other prior to this trip. One of the young men in his mid-20’s began talking to another young man who he didn’t know yet and he started discussing a controversial subject in a very bold way. It was obvious to anyone listening that this second man was immediately put off by the first man’s comments and the two of them got into  heated conversation that went on for several hours until the other guests on the trip finally got so tired of listening to them fight they asked them to please stop.

The next morning the young man who had started the conversation with his controversial comments was feeling bad about causing so much contention with this other man and making all the other guests to be uncomfortable. He came to me to express how bad he was feeling. I gave him the feedback that in the future he might want to just get to know his audience a little more before he starts throwing out such strong statements. I explained that while everyone respects his right to have his opinions, it is typically wise to first get to know your audience a little before you start being so strong with your words. He said he appreciated the advice and was going to try to be more mindful of that in the future.

Later that evening this same group was all sitting around a campfire talking and telling jokes. That young man started to tell a joke stating, “So these two guys walked into a strip club….” Then he quickly paused and said, “Wait… before I tell the rest of my joke, does anyone here have a sister named Bambi?”

Hey, I suppose one must appreciate that he was at least making an attempt to know his audience….  😉

So before you say something controversial to people you don’t really know you might want to remind yourself to first ask the question, “Does anyone here have a sister named Bambi?”  (metaphorically speaking of course) 🙂