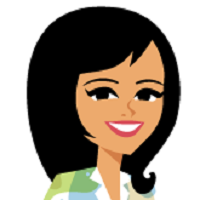 Life – we have our calendars all laid out and booked up for our week ahead so we think we know what we will be doing each day and when we’ll be doing it. But then something unexpected happens and you find yourself having to completely change everything you had planned out. You find yourself having to scramble last minute to figure out a new plan for your week. That describes this week ahead for me.

But life is full of curve balls that are bound to come up and mess up our best laid plans. It is simply a part of life that cannot be stopped from happening. Loved ones die, family members fall ill, injuries happen, vehicles break down, there are all kinds of unexpected things that come up and force us to modify our plans, so when they do we have to make sure we don’t allow ourselves to let those feelings of disappointment, frustration, and stress to overtake us. Because the moment we do we have pretty much ensured that we whatever the new plan is will be a miserable experience for us and likely those around us as well.

I know because I used to allow these unexpected things to really get to me. I would be frustrated and stressed out because in my mind all I could think of was that my perfectly laid plans were all a mess and nothing new I planned in its place would ever be as good, so I would go into the new plan certain that it would be secondary to the original plan that would have happened if life hadn’t gotten in the way. And with that as my attitude and outlook on what lay ahead I was pretty much guaranteeing to get my own self-fulfilling prophecy on how the rest of the week would go, because that is how I was choosing to view everything that took place in the days ahead. So of course it would be exactly that!

Life experience finally helped to teach me that it is actually 100% within my control to have a totally different attitude when plans had to change. I could decide that rather than focusing on what “could have been” I could focus on thinking that perhaps this change in plan was meant to bring something better into my life this week. Of course it’s often hard to picture what could be better when you had your own great plan already, but that’s the beauty of it – our minds can’t see all the millions of other possibilities of what special things might take place this week, thus, we have no idea just how incredible this new plan might actually turn out to be. You see we have no idea what special experiences might come about or what special people we might encounter or spend time with…so maybe, just maybe, there is something a million times more important to be done this week or someone important we need to see that never would have come about if something unexpected hadn’t forced our own plans to change! And if we go into the change of plans with that attitude then we are far more likely to produce a self-fulfilling prophecy of having a great week ahead.

And so I will focus on having a great week ahead, even if it will be a totally different week from the one I had originaly planned!