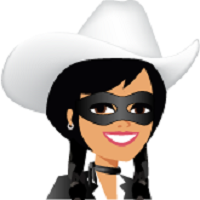 Winning. It’s something that everyone wants because let’s face it, it is far more fun to win than it is to lose. But there is something that should mean more to all of us than winning does, and that is living a life of honor.

In the world today it too often feels that people are determined to win at all costs, even if it means sacrificing their integrity in order to do it. The sad part about that is that winning is a temporary satisfaction, whereas the regret of losing their honor will be permanent.

We have all seen it a million times. A person who wins in business, or sports, or a political race and everyone sings their praises and they receive that temporary satisfaction. But then it comes out that they stole to succeed, or they cheated to win, or they lied to get elected, and instantly the praises are gone and all respect for them is lost and they become a sad tale.

Now take the flip side of that. A person who loses in business, or sports, or a political race, but their performance was admirable, their efforts sincere, their integrity intact, their example undeniable. They may not have people initially singing their praises, but when people look back in time it is these people who will be remembered and respected the most. Their place of honor is permanent.

When we think of the people we respect the most, those heroes we all revere, we don’t revere them because they won or lost, we revere them for how they played the game. And that is why each of us should determine to live our own lives with honor, because the joy that will bring us is permanent.

Dear Lord, in the battle that goes on through life,

All I ask is a field that is fair,

A chance to be equal to all in the strife,

A courage to strive and to dare.

If I should win, let it be by the code

With my head and my honor held high.

If I should lose, let me stand by the road

And cheer as the winners go by.

Have an fantastic weekend ahead everyone!