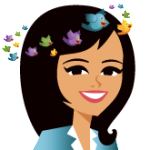 Pessimism is defined as a state of mind in which one perceives life negatively.  It is always expecting the worst possible outcome.  It is living with a lack of faith.  The study of pessimism has parallels with the study of depression.    Studies have shown that depression is linked to unrealistic negative views about the world.  Pessimism is sometimes understood to be self-fulfilling prophecies.

Being around pessimistic people is something that I decided long ago I would not have tolerance for.  The reason I made such a strong decision about avoiding negative people is that I had noticed that nothing spreads faster than negativity.  It’s like a cancer that spreads to everything it comes in contact with.   It is designed to tear someone down, to make them question everything good in their life, and I found that if I allowed myself to be surrounded with negative people in my life that they would eventually start to suck the good out of my life and that was something I just wouldn’t stand for.  As the CEO of my company I grew to understand the importance of hiring only optimistic people and not bringing in pessimistic people.  We even set the company policy to be that anyone who was constantly negative, mean-spirited, backbites, etc. would be let go from the company.  We adopted a zero tolerance for Negative, Pessimistic people working in the company because we had seen far too many times how quickly they became a cancer to the company if not dealt with.

The Oxford English Dictionary defines Optimism as “hopefulness and confidence about the future or successful outcome of something; a tendency to take a favorable or hopeful view.”  It is expecting the best possible outcome from any situation.  Optimism has also been linked to good health.

The American Psychological Association did a study which confirmed the assumption that optimism is related to psychological well-being: “Put simply, optimists emerge from difficult circumstances with less distress than do pessimists.”  Furthermore, the correlation appears to be attributable to coping style: “That is, optimists seem intent on facing problems head-on, taking active and constructive steps to solve their problems; pessimists are more likely to abandon their effort to attain their goals.”

In comparing the health and well-being of an optimistic person over a pessimistic person, there is just no question of which leads to a happier life.  And the most important thing to recognize is that we have a choice of which we will be – we can choose to be an optimist rather than a pessimist – it is just that simple. Make the choice!

In closing I will share a great poem that illustrates today’s topic well:

Two frogs fell into a deep cream bowl,
One was an optimistic soul;
But the other took the gloomy view,
“I shall drown,” he cried, “and so will you.”
So with a last despairing cry,
He closed his eyes and said, “Good-bye.”
But the other frog, with a merry grin
Said, “I can’t get out, but I won’t give in!
I’ll swim around till my strength is spent.
For having tried, I’ll die content.”
Bravely he swam until it would seem
His struggles began to churn the cream.
On the top of the butter at last he stopped
And out of the bowl he happily hopped.
What is the moral? It’s easily found.
If you can’t get out — keep swimming around!
–Author Unknown

Have an Optimistic Monday everyone!