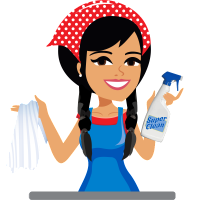 Yesterday I posted a blog that shared 10 Rules For The Good. After posting it I couldn’t seem to get one of the ten rules out of my head. It was rule number seven on the list which states that “Nothing is troublesome that we do willingly.”

It struck me because too often I find myself looking at each tasks I have as “a burden that has to get done” as opposed to seeing it as “something I am privileged to have the opportunity to do”.  So I decided to take a few minutes to step back and attempt look at things differently. I wanted to see if it was possible for me to describe each one of the tasks on my list as a privilege that “I get to do” rather than a burden that “I have to do”.  I figured i should start with describing the most mundane task and then I could work my way up to more complex tasks on my list.

That one list grew so long that I found myself feeling utterly embarrassed that I hadn’t thought about all the privileges associated with simply being ale to wash my disheses. In fact I was too embarrassed to even question why other, more elaborate tasks on my list, were a privilege…at this point it had become obvious…

When we have tasks that seem troublesome, stop and consider the privilege it is just to be able to do that task and you will find it is much easier to do it willingly.