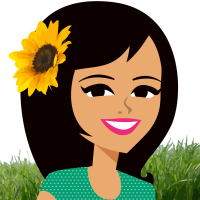 “Men say that women should come with instructions…What’s the point of that? Have you actually ever seen a man read the instructions?”

I walked into our kitchen today to find my husband, my son, and my father all laughing out loud and knowingly shaking their heads as they listened to this short little video clip that my brother-in-law had sent over to them.  At the end of it my son said, “It would be hilarious if it wasn’t so painfully true!”

You have to watch it (it’s only 90 seconds and it is well worth the watch) :

So the funny thing is that every man who watches that clip can relate to this man’s frustration of what it’s like to try and interpret what he calls “woman code”.  While every woman who watches the clip is thinking, “I don’t see what the problem is??….What she is trying to communicate is perfectly clear!”

And therein lies the lesson..men and women just communicate differently…we just do…it’s as different as speaking Italian and Chinese.  And if you want to understand what the other person is saying, you gotta be willing to learn how to interpret the language that they speak…it’s just that simple…okay, maybe “simple” is the wrong way to describe it…let me describe it like this instead, “worth it!”