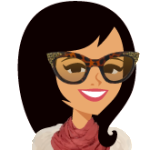 “It takes nothing to join the crowd. It takes everything to stand alone.”

Most everyone will have times in their life when they have to make a choice to stand alone. For most it comes during childhood when a group of kids is doing something you know you shouldn’t do and you have two choices…you can join in, or walk away. It takes tremendous courage at that age to walk away. Heck, it takes tremendous courage to walk away at just about any age! But it is that willingness to stand up for what you believe in…to stand for your values…it is that willingness that determines our character.

The hope is that we surround ourselves with enough good people that share common values that we don’t have to stand alone very often. The choices we make of who to be friends with, who to do business with, who to associate with…are among the most important choices we will ever make.

I still remember a time back in High School when I was spending time with people who didn’t live the same values I had been taught to live. Slowly I found myself becoming more and more at ease in situations that previously would have been incredibly uncomfortable to me…situations where I would have needed to walk away. But if we surround ourselves with enough people who conduct themselves the same we begin to find way to rationalize the bad behavior. We begin to make excuses to ourselves on why its not so bad…and that begins a slippery slope. Luckily for me an adult pulled me aside and pointed out to me that it might be time to consider making some new friends. At first I was angry…after all I was a teenager who thought she knew everything because don’t all teenagers know everything??  But as I stepped back and looked at my life at that point I realized that if I continued to surround myself with that group that I was going to head in a direction that was not the direction I wanted to go. And so I had to make the choice to stand alone. For a senior in High School that was no easy choice to make. It was brutal in fact. But I knew it was what I had to do if I wanted to become the person I hoped to be someday.

From that point forward in my life I was far more careful to make sure that I surrounded myself with people who lived the values I wanted to live. There were definitely a few times as an adult in both my personal life and my business life when I thought someone was a good person, only to learn later that they weren’t, but when those situations arose I learned the best thing to do was to separate myself…even if it meant being alone…because no matter how difficult it may be, it is better to stand alone with your values than to become a dead fish that just goes with the flow in murky waters…

Be courageous enough to stand alone when needed, but be wise enough to surround yourself with great people so you won’t actually have to.