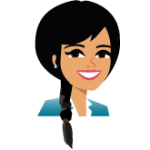 “It’s the greatest poverty to decide that a child must die so that you may live as you wish.” – Mother Teresa

This weekend I was invited to an event and at the event the speaker shared his story that was a sharp reminder to me that we should never forget that there are so many people in the world that desperately need help.  The man who spoke has worked for the CIA and as a Special Agent for the Department of Homeland Security, where he spends his time overseas trying to help bring down criminal organizations involved in the kidnapping and trafficking of young children.  In his talk he shared stories of his experiences trying to free these young children who have been taken from their families and are being sold as sex slaves throughout the world.  It made my heart sick to hear of the tragic stories he shared.  Little children as young as 5 years old being sold as sex slaves.  These kids are tortured and raped and horribly abused and this isn’t just happening in other areas of the world – he shared that as many as 8,000 children a year that are sold into the United States as sex slaves.  8,000.  And that number pales in comparison to the numbers going to other countries.  He shared that there are currently 2 million children worldwide that are victims to this situation – 2 million!  As I sit and listened to his talk I felt completely ignorant for not having understood what a massive problem this was.  And I felt sickened that it goes on in my country, the United States, a country founded on freedom and liberty for all…yet we have people living in this country that would purchase little children as slaves of the worst kind and take away their freedom and liberty.

The man shared with us that a group of trained operatives have come together (including CIA, FBI, Navy Seals, and Green Berets) and they have formed a charity called Operation Underground Railroad.  This charity will specialize in retrieving these enslaved kids and returning them safely to their homes.

Then, this group of operatives was approached by Jerry Molen, the Academy Award Winning producer of Schindler’s List and he asked to film their operations and make them into a new reality television series that could bring light to this problem worldwide and help to bring down these criminals by publicizing who they are for all the world to see.  He wants to shine light on this problem so that the rest of us are not ignorant to what is going on and to encourage people to help them stop this problem.  The new series will be called The Abolitionists.  The series is privately funded and in no way takes away from the funds donated to the charity. The series is a way to use the media as a way to capture these criminals on video as they bring the down.  There is a fantastic video that discusses the new series on the home page of Operation Underground Railroad – http://www.operationundergroundrailroad.org/ . I encourage all of you to go this website and watch the video.  It is definitely worth taking the time to watch this – I promise.