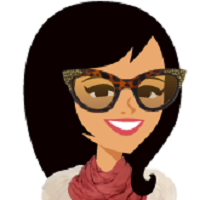 Back on March 6, 2013 I wrote an article in Forbes Called Passive Aggressive Behavior Will Destroy A Company’ Culture. That article rings as relevant today as it did back then. It reads:

Passive-aggressive behavior in any company is one of the most destructive cancers to a culture that ends up killing both a great company, and the self-esteem of the individuals working there.

* on the surface appears to be agreeable and supportive, but behind the scenes will backstab, undercut, and sabotage.

* constantly states that you can trust their words when their actions have consistently shown that not to be true.

* makes promises about things when they have no intention of ever following through, often then blaming things that were “out of their control” for precluding them from being able to fulfill their promise.

* smiles and agrees with you to your face, but then disagrees or even sabotages things behind your back.

* states “I was supportive of you, but this other person wasn’t so there is nothing I can do” in order to place blame on someone else rather than voicing their own lack of support for the matter.

* gives positive praise and feedback to you directly, but then takes actions to undercut you to coworkers and management.

* withholds important information from other employees in order to make themselves appear more important and more valuable and in an attempt to make others around them fail.

* uses sarcasm or humor to make fun of someone else so they can hide behind an “I was just kidding” attitude, when really they meant every word.

* wants everyone to believe that they are their biggest supporter and advocate, refusing to be honest and direct with their true feelings.

Recently, I observed a company where passive-aggressive behavior is rapidly becoming embedded into the culture of the organization.  The behavior appeared to initially stem from several members of upper management, and it quickly began to permeate throughout all levels of the company.   As employees observed their coworkers getting rewarded for passive-aggressive behavior, they either took the “if you can’t beat ‘em, join ‘em” road, or they began seeking employment opportunities elsewhere in order to escape the toxic environment.  As the toxic behavior spread, employees started becoming depressed and despondent.  What had once been a company that employees were excited to be a part of became nothing more than a paycheck they would collect until something better came along.   Observing this cancer as it spread throughout the organization was unbelievably painful, especially as I watched the impact to those great individuals that were trying desperately to “hang in there” out of loyalty to their clients and loyalty to the business they once loved.

So why would any company tolerate this type of behavior?  Why would any leader allow such destructive, dishonest behavior from the people they lead?   The sad fact is that in large organizations, too often the leader becomes busy and disconnected as to what is happening under their watch. Some leaders even adopt the “I don’t really want to know” attitude because they are already feeling overwhelmed themselves, and knowing about it would mean they have a responsible to fix it.   Other leaders may be surrounded by an entire team of passive-aggressive executives who tell them everything is great even when it’s really not. These executives always have someone they can offer as a sacrificial lamb when something goes wrong, making it appear as though all that is needed to rectify the problem is to fire the worker and all will be well in the world.

When a CEO is surrounded by top executives who are passive-aggressive it becomes necessary to set aside the words they are hearing from these people and instead observe their actions and the actions of the people reporting to them.  Words from the mouth of a passive-aggressive manager cannot be trusted as they will always tell the CEO what they want to hear, and they will always paint the picture of having everything perfectly under control.  In this environment, it becomes necessary for the CEO to be willing to take a closer look at things to find a way that allows employees at every level to share their concerns about leadership without any fear of retaliation.  Short of doing that, a CEO will remain clueless until the problems become so great that even the strongest of companies will implode.

Employees dealing with passive-aggressive leaders need to find a way to bring it to the attention of their CEO.  Unless a CEO becomes aware of the problem, they likely won’t fix it.  I recognize that this may feel like a big risk to an employee, but quite frankly the bigger risk is allowing your future career to be dictated by someone whose behavior has proven that they cannot be trusted.

Honesty with respect is always the best policy, in life and in the workplace.  Voicing your opinions, if done in a respectful way, is always positive and should be welcomed, encouraged, and even rewarded.  Don’t allow passive-aggressive behavior to exist in your company.  If it exists today, change it.  Remove those people who perpetuate the behavior, starting with those in leadership positions and send the message that this behavior will not be tolerated.   Life is too short to have misery in the workplace, and the price is too great for the business and for the people involved.  Create a culture of integrity, honesty, and respect.  Create a culture you can be proud of.