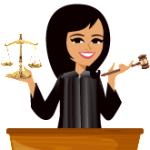 There are people in this world who do bad things. Many, if not all of us, have been on the receiving end or dealt with people who have done bad things that have hurt us. The hope is that over time, as we get older and wiser, that we are far more careful in our choice of who we allow to be a part of our lives on both a personal and professional level, so that we minimize interaction with those who would do bad things.

Over the course of my personal and business life I have dealt with the occasional person who does bad things. Each time someone would do something bad I would try to analyze why this person chose to do these bad things that hurt myself or other people I cared for. At times it was clear someone was struggling with some sort of mental illness. Perhaps someone had abused them growing up, or perhaps something traumatic happened to them as a child, or something of that sort happened to them which caused their brain to form unnaturally and caused a genuine mental illness that impacted their ability to make good choices in their life.  When those were the underlying reason for someone to do something bad I found that forgiving them, although still difficult, was possible.

On the other hand, when someone did bad things that hurt myself or others I cared for and they made a conscious choice to do the bad things in order to get personal gain, or power, or money, or status, or ego, etc…well forgiving those people was far more difficult to do.  Forgiving someone who blatantly lies, cheats, steals, and does all other unethical and immoral actions and who does them by conscious choice…well they are straight up wrong…and wrong is hard to forgive but doable, especially when the person who did something wrong apologizes and corrects their behavior going forward….but when they do bad things and then continue to do bad things time and time again…well that makes them straight up evil… and evil is by far the hardest to forgive.

So how do you get past it? At times I have been able to get past it by trying to tell myself this person must be mentally ill because in my heart I just don’t want to believe that the person is truly an evil person. Sometimes that works and I am able to forgive and move on. Other times the evidence is so strong in showing that the person truly is willing to lie, cheat, and inflict hurt on others without any feelings of remorse or guilt and with full knowledge of their own wrongdoing that I can’t pretend they are mentally ill and I have to accept the fact that they are simply evil.  It is so painful to accept that a person you may have cared for or believed in at one point may actually be a truly evil person. For me it is heart wrenching to accept because I want to believe that there MUST be good in everyone…but unfortunately, sometimes there isn’t.  People can become evil by making a series of bad choices over a long period of time until they eventually dull any moral compass they once had. That being said, I do believe that evil people can choose to change and become good by choosing to making correct choices and continuing to do so. And my hope is that they will do that…my hope is they will choose to change. But if they don’t I recognize that the burden on all of us remains the same – to choose to forgive people, even when they don’t deserve our forgiveness…even when they may very well be straight up evil. God still expects us to forgive and I believe he will bless us for doing it.

I don’t have easy advice on how to forgive evil people because I struggle with it myself. The only way I have found to be able to forgive evil is to trust that someday (maybe not until the next life), God will make sure that judgment is passed and that evil people, who chose to remain evil, will be held accountable for every person they hurt and every bad thing they did.  Then I ask God to help me let go of the hurt and the anger and replace it with love and feelings of sadness for the other person for the price they will someday pay.