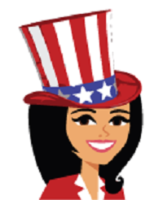 My day today consisted of spending time with Politicians, then rushing off to see a Princess and hearing about the Possible…

By politicians I am referring to the Vice President of the Unites States, Mike Pence, and Utah Governor Gary Herbert.  The Vice President flew into Utah today on Air Force Two and I was invited to be there as Air Force Two landed to meet the Vice President – it was an awesome experience. One of the things I loved the most about the whole experience was watching as a Senior Air Force Officer stood on the tarmac saluting as the plane taxi’d in. There is something so incredibly touching about seeing an Officer in Uniform standing at attention with so much dignity and respect.  It is inspiring. Here are a few fun pics of the plane landing and me meeting the Vice President:

After that experience I rushed over to meet a princess, namely Cinderella. My husband and I met up with my children and their spouses at the Hale Center Theater where we saw Roger and Hammerstein’s Cinderella.  It was a fabulous production with incredible sets and costumes.

In the production there is a song called “Impossible. It’s Possible.” There was a section of the song that really stood out to me that said:

And because these daft and dewey eyed dopes keep building up impossible hopes
Impossible things are happening every day.

I LOVE the message of those lyrics!  And I love that impossible things are happening every day! So keep building up your impossible hopes cause you never know when they’ll take you to meet the Vice President and a Princess 😉